Deploying broadband infrastructure to rural or sparsely populated areas has been an elusive goal for many years. Network operators are taking advantage of tap architecture savings to make rural broadband profitable. 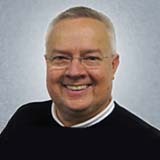 Deploying broadband infrastructure to rural or sparsely populated areas has been an elusive goal for many years. The American Recovery and Reinvestment Act of 2009 helped to jump-start many rural broadband builds in the US. More importantly, these projects have established benchmarks for network costs, take rates, and revenue demonstrating the potential of the rural broadband market.

It is true that rural subscribers are underserved, but it’s not for lack of technology, because there are multiple ways to reach those subscribers with megabits of broadband. It’s also not the lack of subscribers holding up deployments, because rural residents are just as eager to buy broadband as those in more densely populated communities. The barrier has been the high cost of the network. Payback periods with traditional access network architectures are simply too long to justify the investment.

Our studies concluded that the right network architecture can make rural broadband profitable. Conventional wisdom has dictated splitter networks as the choice for xPON systems. In extremely dense populations of more than 350 homes passed (HP) per mile, traditional splitters are an economical solution. However for rural areas, splitter-based architectures are more expensive than tap architectures.

A major reason is they use significantly more distribution and drop fiber than tap networks. For example, we modeled a 256 HP network with an average drop length of 75 feet. At five HP per mile, a splitter network uses more than 54 times the drop fiber needed for the same area with distributed taps. Even at 20 HP per mile, a splitter approach requires more than 14 times the drop fiber for a two-port tap network. To illustrate the difference, the red lines in these two networks below are drop fiber.

Another reason for the higher costs of splitter networks is that they require more fibers in the distribution cable, shown by the following illustration. 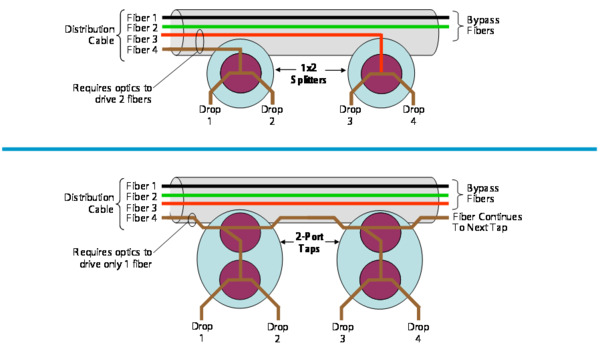 So, how much cost difference does a tap architecture make? We compared material costs for that same 256 HP model. We included distribution and drop fiber cable, plus enclosures, cabinets, splitters and taps, but not installation and labor. The following chart shows the cost curves. For example, at 20 HP per mile, just the fiber infrastructure materials for a centralized splitter architecture cost $285 per subscriber while a two- or four-port distributed tap architecture costs slightly more than a third of that (approximately $110). Lower densities have even larger cost differences as shown. 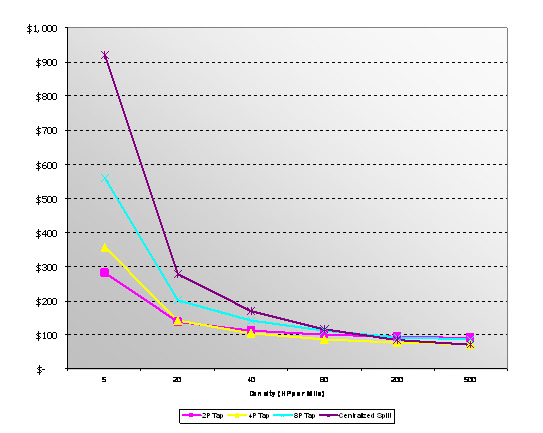 I encourage you to read our white paper (Fiber Architecture for Rural FTTx Deployments) in its entirety.

How are you deploying broadband network architecture to better serve your rural subscribers? 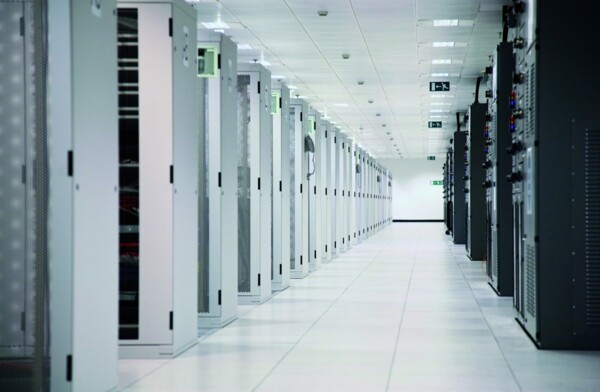 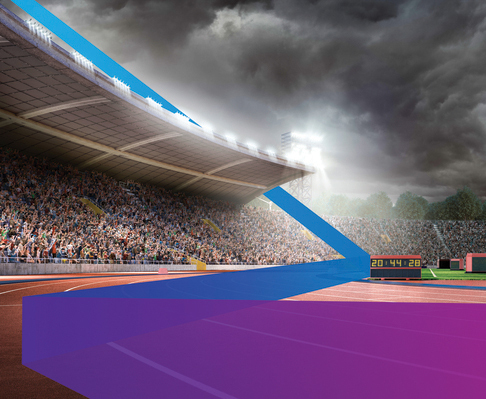