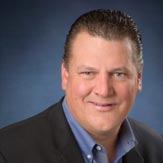 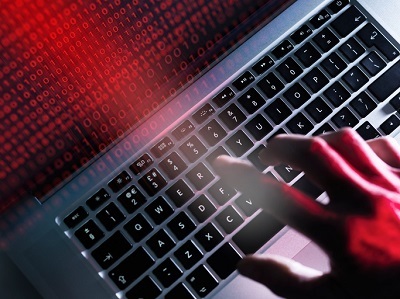 As we look into 2017, CommScope is positioned to offer insight into several trends we see coming to light. The industry will be preparing for 5G, and we’ll see the issue of net neutrality come to the forefront as several governments around the world welcome new leaders. We also envision more activity in emerging markets as even more attention is paid to rural areas.

Momentum of 5G
Commercially, 5G wireless will come to market around 2020. But there is still so much to be done behind the scenes to prepare; it will take years to be ready. Remember, wireless networks need a lot of “wired” to function, such as for backhaul and other connectivity to the core and edge. We will see solutions built around converged networks (wireless and wireline) to do this and offer:
• Easy, plug-and-play solutions that help labor forces of any skill level install fiber networks.
• Ways to postpone some investment. Network operators don’t always need all of the capacity on day one. You’ll see solutions built around a phased approach.

The advent of 5G also triggers additional discussion around densification of cells, which is required to enable 5G. These additional cells, whether small cells, metro cells or traditional macro cell sites, will require more power and fiber backhaul than ever before.

Additionally, we will see several types of new powering solutions come to market, allowing people to power up all active devices at the edge of the network in a cost-efficient way. Gartner predicts there will be more than 20 billion “things” on the Internet of Things (IoT) by 2020; IDC predicts that people will own five devices EACH in just another year. This will have significant impact on networks. The ever-increasing demand for bandwidth and for the best possible subscriber experience will force networks to evolve.

Telecoms specialist Reg Dhanjal of Pinsent Masons said Brexit could have impact on telecoms in other ways besides net neutrality. For instance, he expects the UK government to seek an EU exit deal that abolishes roaming charges for cell phone users. For right now, Dhanjal doesn’t expect any drastic changes in the near future.

Emerging Markets
North America is expected to remain a strong market in 2017, but there likely will also be a re-emergence in Europe. In both regions of the world – among others like China and Latin America – there is a strong push to not only “fiberize” the urban areas, but also deploy more networks in rural, or emerging, areas. As we look into the new year, we’ll see more governments realizing the importance of fiber networks and the impact they have on their economies. After all, Gartner says that lack of fixed network infrastructure opens up new market segments.

For instance, two billion people in emerging economies do not have an account with a financial institution or with a mobile-money provider. A recent report by McKinsey Global Institute (MGI) says digital technologies – those as simple as cell phones – can rapidly fix this problem and foster faster, more inclusive growth for entrepreneurship and different economies. As another example, Africa’s telecoms market is “coming of age” as service providers offer new products, even though the government is fearful that the competition is inadequate.

Additionally, in China, the government is driving smart cities and IoT projects by providing financial aid and instituting preferential policies. According to Deloitte, there is strong support from the government to boost the improvement of broadband. FTTH construction in China is accelerating, which has resulted in significant increases in users covered and a continuously improving fixed broadband access rate.

Companies will look to identify these emerging markets and what works for them, but also look into the kinds of solutions they need to provide the right support.

Any new year brings change and questions, but above all, turning the page on a calendar brings promises of re-starts and new beginnings. Our industry is an exciting one, and we look forward to seeing what 2017 brings for our company, our customers, our employees and the world in which we live.

Jaxon Lang in senior vice president of Connectivity Solutions at CommScope. During his 22-year career within the communications industry, Jaxon Lang has held a variety of positions with increasing responsibility in sales, market management, operations, new product engineering, and product management for US and global markets.  Prior to the acquisition by CommScope, he was vice president and general manager with responsibility for all product and service development, manufacturing and sales for the Central & North American Telecom & Enterprise markets.  Prior to that, he served as vice president of Global Connectivity Solutions, Americas for ADC.  He was promoted to that position after serving as vice president of Structured Cable Product Management, where he had responsibility for the company’s global enterprise strategy. Jaxon holds a Bachelor of Science in environmental engineering from Northwestern University and a Master’s degree in business administration from the University of Minnesota, Carlson School of Management.