$25 a Month for Gigabit Internet Access? Yes, in Bakersfield, CA 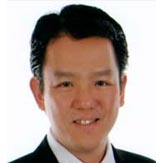 Residents at the upscale 224-unit residential development Park Square at Seven Oaks pay a flat monthly fee of just $25 a month for gigabit speeds – without the hassles of signing up for service, waiting for an installer, or committing to long-term contracts. It’s an innovative – and growing – business model for apartment complexes, MDUs, and real estate developers in which they build and own the fiber infrastructure, lease a single high-speed pipe to the Internet from a service provider, and contract a network operator for maintenance and support. They then pass on the savings. Residents benefit from the lower prices. For the developers, gigabit Internet is an amenity and an asset that enhances property values and attracts residents.

"The gigabit speed of the network ignites an incredible 'wow' reaction, and that's saying a lot because many of our residents are tech-savvy professionals, consultants and telecommuters," says Andrew Fuller, president of Fuller Apartment Homes and principal at Presidio Capital Partners.

MSOs and telcos around the world are racing to build fiber-to-the-home (FTTH) networks to offer higher speeds and packaged services. Cities and municipalities understand that having a fiber infrastructure is vital to local economic development. If they can’t attract the operators to build fiber, they are building it themselves, funded by an array of government programs, bonds, and private equity. These are known as public-private partnerships (P3). On a smaller scale, property developers are also doing it themselves, such as Park Square.

These exciting developments are explored at the Broadband Communities Summit taking place in Austin, TX from April 5-7, 2016. Hear Andrew Fuller and CommScope field engineer Sean Kelly speak on this topic at the Blue Ribbon Panel, or Nate Fuentes speak at the State of the Union of Wireless session on getting cellular and Wi-Fi coverage in MDUs.

If you’re further north, head over to the Gigabit Cities Live conference in Charlotte, NC on April 5, 2016, where Erik Gronvall will be speaking on accelerating gigabit deployments and creating a gigabit state. 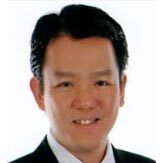 Dennis Kan is the director of portfolio marketing at CommScope, with a focus on wireline networks – products and solutions for telcos, MSOs, and broadband service providers. He began his career as a field engineer at Newbridge Networks, and has more than 20 years of experience in the telecommunications industry in companies such as Alcatel-Lucent (now Nokia) and AMDOCS. Dennis hold a M. Eng. In Electrical Engineering from McGill University, and a B.A. in Electrical Engineering from the University of Toronto.