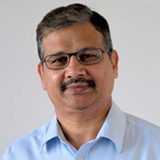 Junaid Syed August 28, 2014
2013 saw an 87 percent increase in Indian mobile data traffic. With 4G services launching throughout 2014, we can only expect that this number will grow even more. With India seeing over 28 million new mobile subscriptions in Q1 2014 and the penetration rate still only at 63 percent (based on figures from the June 2014 Ericsson Mobility Report), carriers are facing unprecedented pressure to maintain a backhaul network that is robust enough to support this growth while meeting consumers’ high expectations on quality of service.

For too long, the importance of microwave backhaul antennas has been overlooked and costs have been the main consideration when deciding which antennas to use. The low quality antennas that come at lower costs not only degrade the performance of the network but waste spectrum.

To ensure efficient utilization of spectrum, it is important to use antennas with low sidelobes, which are the most important characteristic for the efficient usage of spectrum. Such antennas are more efficient since they allow more links to be made with the minimum number of channels in any region. Since they allow for improved utilization of higher modulation schemes, the availability of higher capacity can also be increased significantly.

The demand for efficient utilization of spectrum increases if a larger channel size is used to increase capacity. As a result, low sidelobe antennas improve the customer experience and that improves the revenue potential for the carriers.

The Answer Lies in Class 4

As per ETSI (European Telecommunications Standards Institute) standards, microwave antennas are graded in four classes (class 1, 2, 3 & 4) based on their radiation patterns. ETSI Class 1 is the most relaxed antenna class, whereas ETSI Class 4 has extremely low sidelobes for efficient spectrum management. The number of radio links has grown with the passage of time. Consequently, there has been growth in the likelihood of interference in urban and suburban settings.

As a result, the ETSI Class 1 standard (worldwide) is no longer used from 3 to 86 GHz, and in environments with potential interference or congestion, the choice of antenna by carriers has changed from ETSI Class 2 to mainly but not exclusively Class 3. This trend is evolving further and the market is now looking for ETSI Class 4 solutions. In 2013, a study was conducted to investigate the difference of Class 4 antennas compared to Class 3. Class 4 antennas were found to provide a significant reduction in interference.

The size of the antenna is decided based on the required receive signal level (RSL). In dense environments where high capacity is in demand to satisfy user needs, the carrier to interference (C/I) ratio is another parameter that dictates the size of the antenna. In some cases, larger sized antennas are used not because of RSL but to improve C/I. The larger antennas solve the problem in this regard but also increase CapEx and OpEx costs. Using low side lobe Class 4 antennas allows operators to use relatively smaller size antennas even in dense and high capacity demand areas. The potential to use smaller microwave antennas does not only reduce total cost of ownership (TCO) but allows site sharing strategy implementation more efficiently.

Planning Backhaul for both Today and Tomorrow

Given the data capacity demands and the end-users’ high expectations on network quality, carriers need to pay attention to spectrum usage to future-ready their network. With the superior performance of Class 4 antennas, carriers have the opportunity to make this happen in an economically viable way.

This blog post originally appeared in the TeleTalk blog on ETTelecom.com. 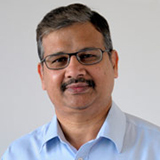 Dr. Junaid Syed works for product line management of the Microwave Systems team at Commscope. Junaid covers Middle East, Asia, and Africa in the areas of microwave and millimeter wave antenna systems, flexi waveguides and waveguide components that support mobile backhaul systems. He brings 26 years of international experience in the telecommunication and defense industries. He holds 10 US patents, 9 international patents and many patent applications are pending. He has penned a number of published articles and is a current member of technical committees of various IEEE conferences. He also represents CommScope as a technical committee member with ETSI and FWCC. Junaid earned his B.S. from Punjab University with Silver Medal honors, and a bachelor of engineering degree in electronics/avionics from NED University of Engineering and Technology with Gold Medal honors, both in Pakistan. He earned his Ph.D. in microwave and millimeter wave from the University of London and conducted his post-doctoral research on reflect array antenna design at Queen's University Belfast, both in the United Kingdom.