A Brighter Future is Built on Smarter Networks 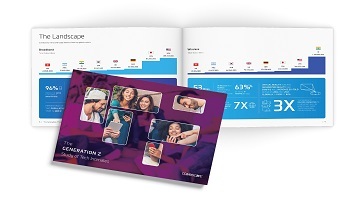 Branded as one of the ‘greatest successes’ of the European Union (EU), a new law to abolish roaming charges for people using mobile phones abroad could have a significant impact on revenue streams for operators.

The new rules - which have been in place since mid-June - mean that citizens travelling within the EU are now able to call, text and browse the internet on mobile devices at the same price they pay at home.

CLICK TO TWEET: Did you know the future is bright because it is built on smarter networks?

While this news has largely been greeted as a triumph from consumers across the continent, many telecoms operators are now having to find new ways to differentiate themselves from their rivals or they could be quickly bracing themselves for potential market losses.

No longer able to charge customers for roaming across most of Europe, operators must now place even more of an onus on ensuring their network is speedy, reliable and consistent across all countries.

When speaking to network operators in Europe and around the world, they know the demand for performance will continue, from bandwidth to batteries, across every technological dimension. If millennials are exacting, then Generation Z, consumers under the age of 25, will be the generation that builds on this, blurring the lines of their identities with the technology that enables them.

This Always On generation sees the smartphone as the social hub. In fact, more than two thirds will make purchases via social media directly and 60 percent will not use an app or a website if it’s too slow to load, according to ‘The Generation Z: Study of Tech Intimates,’ a survey which includes participants in eight major cities, including London and Berlin.

The good news is Europe continues to take steps to stimulate growth, announcing ambitious plans to invest in high capacity networks and spend billions on connectivity. Industries like financial technology, healthcare, construction and transportation are spurring regional development of cloud while Microsoft, Amazon and Google have expanded data centre capacity across the region.

This week, I’ll be spending time in Munich meeting with customers, partners, operators and thought leaders to discuss how communications technology can give us better network coverage, greater broadband access, increased capacity and data storage to meet consumer demands.

We all have a rich legacy, but an even brighter future.