AIM has Replaced the Master Control for Broadcasters 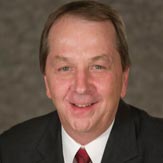 In just the past few years, the broadcast environment has evolved rapidly. The introduction of fiber-based transport and server-based playback systems has introduced a layer of complexity that did not exist previously when mechanical tape machines providing analog video via coax were the norm.

In the past, the “master control” was run via RS422 machine control data automation that hardwired to a central control station. This was usually centrally located within the facility. The “on-air” signal component was delivered via coax cable and was also switched at the operation center. Signals from satellite feeds, remote sites and microwave links were routed and switched as required to keep the newsroom, sports department and entertainment division operational. The master control operator watched the equipment and knew what changes were made within the environment because they were physically located in the same space.

The introduction of digital formats made server-based storage the preferred method of signal delivery. Other traditional devices used in a broadcast studio started to use computer language for automation as well. The RS422 machine was replaced by IP protocol. There was one problem; the operator could no longer see physical changes being made to the system. Changes made at a remote location could have serious detrimental effects on scheduled programming without the proper monitoring.

Broadcast facilities are expanding because of the need for server storage and the proliferation of automated and controllable devices. The industry-standards group, the Society of Motion Picture and Television Engineers (SMPTE), is finalizing an IP standard for field production devices – cameras and lenses, which will allow a single Category 6 cable to transport high definition video/audio and power in a mobile application. Who would have thought a true plug-and-play camera for broadcast applications would be possible?

The proliferation of digital formats and control allow major networks with newsrooms and studios in various locations to connect via IP networks. This allows them to easily transport data (video) and control remote devices as if they were located within the prime facility. For remote applications it ensures that a device can be brought online and documented as being available.

An Automated Infrastructure Management (AIM) system provides real-time visibility of the physical layer connectivity. It ensures the operator that the path required for the on-air signal is available and functional. If a path is not available as requested, an AIM system will expedite the diagnosis and minimize troubleshooting time.

Devices are always being added to the system and the equipment database traditionally lags with these additions. The AIM system tracks these changes in real-time, making them available online for immediate recall. Another important capability that is provided by some AIM systems, such as CommScope’s Quareo solution, is the ability to track the insertion count of the fiber connector. Technicians new to fiber might not be aware that fiber patch-cords should be replaced after the recommended insertion count has been reached. This is critical in the broadcast environment where patching is more frequent than a traditional data closet. Important functions such as identification of fiber splice locations, rack elevation planning and bill of materials generation are a few of the many useful applications of an AIM system in the broadcast network.

During the upcoming NAB Show in Las Vegas (April 16-21, 2016), I will be discussing some of these issues. Please join me on April 19, 2016 during my presentation “Why Manage the Physical Layer” at 3:00 pm PT. On the same day, I will be part of the “Simplifying the Migration from Copper to Fiber” panel discussion at 5:00 pm PT.

I hope you will join me. 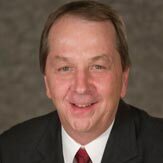 Dean Rosenthal, field application engineer at CommScope, specializes in the broadcast and entertainment products for the Broadband Network Solutions segment. He is responsible for designing and supporting innovative copper and fiber based solutions for use in network television, cable providers, satellite uplink and sports and entertainment facilities.

Dean came to Commscope as part of the acquisition of the Broadband Network Solutions and has worked in the marketing, engineering and field applications aspects of the broadcast market for ADC and TE since 1990. Prior to that, he was an Electronics Instructor in the Minnesota Technical College system. In addition, he has designed and installed numerous television and cable television facilities.