All I want for my birthday is…a YouTube channel

My son recently celebrated his 11th birthday. What did he want for a birthday present? His own YouTube channel. He negotiated for days, saying all his friends had a channel, and his cousin, almost 13, has had his own channel for more than two years!

The same week as his birthday, I received the results of a research study by CommScope on Generation Z Tech Intimates. Tech Intimates are frequent users of smartphones, and all agree that they are the first among their friends to get the latest technology.

Although I wouldn’t place my son in the category of Tech Intimate because I don’t always give in to his desire to have the latest technology at his fingertips, he would absolutely say he is in this group. Based on the survey results, I would agree.

There are several findings from the study that shouldn’t come as surprise to anyone who knows a Gen Z. For example, they use their smartphones much more frequently than a year ago, and almost two-thirds say it would be very hard to live without it. What might come as a surprise is how often they admitted to checking their smartphone – every three minutes on average! The graph above shows the number of times Gen Z check their smartphone in a typical hour.

Other findings that mirror the action of my son and his friends include things like satisfaction with devices and Internet speeds. In general, they are far happier with their smartphone than their cellular service. In fact, two-thirds of Gen Z was most satisfied with their Internet speed at home, but far less happy at work/school, in public places and just generally on-the-go (see images below). They indicated that the ability to get online impacts not only who they socialize with, but also the kinds of products they buy, how they make purchases and even where they go on vacation.

What does all this mean for service providers and businesses? These Tech Intimates consume so much mobile bandwidth and are influencers in their peer group; there is an opportunity to create loyalty with this generation as they look for faster, more reliable and ubiquitous network connectivity.

So, what happened with my son? I’m finding that he is like every other kid his age, so I gave in. He now has his own YouTube channel. We’ll see how long before he negotiates a smartphone because, according to him, he is the ONLY ONE in his class without one.

Do any of the findings surprise you? What other Gen Z attitudes are you seeing that could impact communication networks? Besides a famous YourTuber, find out what other careers ranked high for Gen Z Tech Intimates. 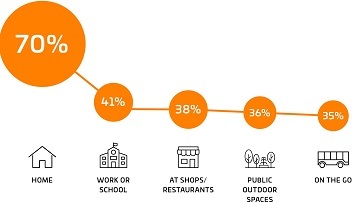 Gen Z expects and values always-on/alwaysavailable internet access. They are most satisfied with their internet speed at home. 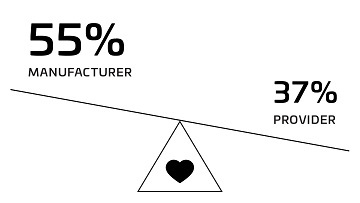 Gen Zers prefer and are far happier with their smartphone manufacturer versus their cellphone provider.

Kris Kozamchak is director of corporate communications at CommScope based in Richardson, Texas. She oversees the media, analyst and social media programs for CommScope’s business segments. Kris has more than 20 years of experience in the telecom and technology industry from companies such as BT and NEC, and she bring strong PR agency knowledge from her time at Edelman and Shandwick.  Kris has a bachelor’s degree in public relations and business from West Virginia Wesleyan and is a member of PRSA.
See all posts by this author