Are You an Honorary Millennial? 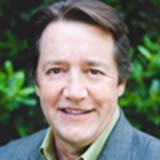 Scenic McKinney, Texas is one of the fastest-growing cities in the nation. In 2014, it was voted “Best Place to Live” by Money Magazine. After living in the same house for 15 years, raising four kids (now fully-formed, card-carrying millennials) and celebrating my 54th birthday, I finally convinced my wife to relocate in August.

So, how did I accomplish this feat of salesmanship and why would we leave? The answer is simple – we bought a lake house. It’s a smaller home, inspired by 1940s architecture, in a small community on a 95-year-old, man-made lake about an hour outside of Dallas. My commute is a little bit longer, but it is well worth it. This is where we will retire (just not yet as I’ve still got at least 10 great years with a great company); but more importantly, this is where the aforementioned kids will visit with their friends and someday bring our grandchildren-to-be-named-later (#imnotgettinganyyoungerkids).

After being in the house for nearly a month, the only downside so far is connectivity. I expected poor cellular coverage, but knew I was covered with my microcell. We knew the options for TV were limited, but were ready to sacrifice channel-flipping capability for on-demand content. As far as I was concerned, that’s all I cared about. After all, for any visitor, this lake house should be a place to lie in a hammock, unwind, relax and disconnect. I even envisioned a hidden switch where I could secretly disconnect the Internet and turn the entire house into a weekend Faraday cage.

So much for that idea. It took about a week until the fastest available speeds (3Mg down / 768k up) became untenable. Calls are fine, email is no problem, Skype is reasonable.; however, we can only stream one show at a time. When doing so, don’t try to run any other mobile app. I don’t have a solution yet, but I’ve learned something about myself.

I was born in 1963 and am technically a baby boomer, yet feel so much younger. This alone doesn’t qualify me for the millennial generation, or even Gen Z, but I think that my insatiable need for seamless connectivity does. So often I hear people say in presentations that millennials’ expectations are what is driving the market. Millennials shmillennials! We’re all in this together. Even my older brother, who literally got his first mobile phone six months ago, constantly teases me about our pathetic network speeds at the new house.

Calling all baby boomers! Before you dismiss my youthful claim, perform this simple test: try to function like I’ve described for a solid month. Do you qualify as millennial? I feel younger already; maybe you will, too (#alwayslookonthebrightsideoflife). 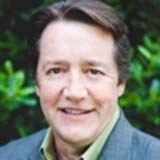 Simon C. Cowley is director of campus fiber market development for CommScope.  In this role, he is responsible for developing unique and comprehensive solutions for the office and campus workplace environment covering copper, fiber, wireless, and power technologies. Simon previously led CommScope’s Enterprise Solutions Global Technical Support team since 2006.  He also served as director of apparatus R&D for copper, fiber, and intelligent systems and fiber optic engineering manager since joining CommScope in 2001. Before joining Commscope, he served in various engineering, business development, and management capacities with Amphenol Fiber Optics, ITT Cannon, and FCI/Berg Electronics. Simon is a graduate of Rensselaer Polytechnic Institute with an MBA in Global Management from the University of Phoenix.