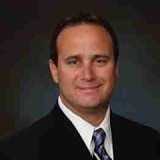 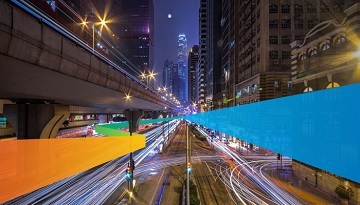 Citing flexibility and feature velocity, CommScope technologists Tom Cloonan and Chris Busch dispelled the myths around virtualization at SCTE – and helped network innovators see a broader definition of the trend.

What happens when you put the power of the future into the hands of industry engineers? Good things.

The occasion: SCTE’s Innovation Theater. The topic: Report from the Front Lines: The Real Real About Virtualization.

“You can virtualize anything,” said CommScope CTO for Network Solutions Tom Cloonan. “You can virtualize your control plane, your management plane, or your data plane. And when you open it up to all those things, there’s many things you could virtualize going forward.”

Flexibility is the driving force of virtualization, offered CommScope engineering fellow Chris Busch. “You can have conversations about cost, but those are all relative to different use cases and scenarios,” he said. “At the end of the day, virtualization is granting the operator incredible freedom in the way that they can … handle their growth and manage their business.”

Agility and feature velocity are significant benefits for operators, added Cloonan. “Because this is in software, operators can more rapidly develop features; they can bring in third parties to come in and help them develop features… So, this will help drive features out into the field more rapidly."

One of the most striking conclusions of the discussion, moderated by Leslie Ellis: One size will never fit all when it comes to virtualizing network functions.

Subscriber-consumed applications can also become part of the fabric of how operators move their business forward, added Busch. “The great example is e-gaming…the delivery of that next immersive or ultra-low-latency experience for the customer. We can bring that gaming service into the edge that may also be serving some virtual DOCSIS cores. It’s part of a unified management plane that says 'We know these customers are e-gaming opt-in subscribers; we know they’re in these service groups. We can give them low-latency DOCSIS service; and we can bring that gaming experience very close to the hub, maybe even deeper into the network over time.’ So, at the end of the day, the gaming community is going to say, `You need to be on cable because that's the best experience for gaming.’”

And finally, virtualization is not new. “Virtualization's roots go back to the 1960s and began with IBM mainframes,” said Cloonan. “In the 1990s, it got a big kick with the arrival of virtual machines. And six to eight years ago, it got another big kick with the arrival of containers.” Earlier at the conference, CommScope celebrated its 10th anniversary of offering virtual network functions in the cloud.

Both Cloonan and Busch agreed that security is the most important — and too often overlooked — priority for network innovators inserting virtualization.

“A lot of open-source code gets used in virtual environments,” said Cloonan. “Strong test programs from your vendors are key.”

Open platforms - whether code or cloud-compute platforms - increase the importance of a vertically hardened stack of micro services and first-class-citizen applications in a DevOps release pattern, added Busch. “You want to have that warm embrace of knowing that you’ve got security, sustaining, QA all coming along for the journey."

Download your copy of Network Transformation to the Edge Decision Tree — which lists pros and cons of a number of virtualization paths here. 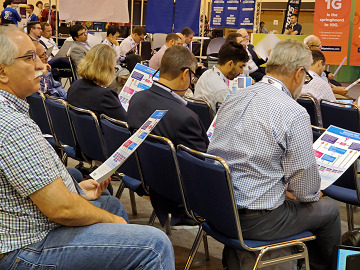 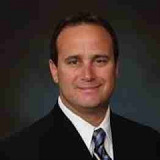 Tom McLaughlin is Senior Vice President of North American Service Provider Sales at CommScope. In this role, he leads all sales activities for CommScope’s U.S. and Canadian service provider customers. His team works with these providers to enable today’s communications services and to shape the networks of tomorrow.

Mr. McLaughlin joined CommScope through its acquisition of ARRIS, where he held key leadership roles that positioned him at the forefront of the industry’s most important global trends. Most recently, he served as Senior Vice President and General Manager of Global Professional Services, directing the company’s exchange of technological and business expertise with the world’s leading service providers. Prior to that, Mr. McLaughlin led EMEAI (Europe, Middle East, Africa, and India) sales and North American sales as Senior Vice President for three and four years, respectively.

Mr. McLaughlin joined ARRIS in 2013 through its acquisition of Motorola Mobility. There, he oversaw sales for the Motorola Home business, focused on cable and telco service providers across North America, as Corporate Vice President of Sales. He held various sales leadership roles in North America since joining the company in 1994 (as General Instrument) in addition to running EMEA Sales from 2000 to 2002.

Mr. McLaughlin holds a Bachelor’s degree in both German and Chemical Engineering from the University of Rhode Island.