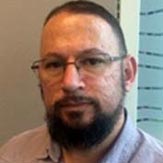 Every stakeholder in the wireless market recognizes that spectrum is a valuable asset. The governments that regulate it and the mobile operators who use it are interested in getting the most out of spectrum holdings. The Caribbean and Latin American (CALA) telecom industries have followed the European and North American markets in deploying sub-1 GHz band frequencies for mobile services. CommScope is successfully helping CALA network operators mitigate potential interference related to these frequency bands.

CALA’s mobile telecommunication players are often considered followers, influenced by the North American and European technology evolution. In terms of new technology adoption, however, CommScope finds the market is quite dynamic. The countries in CALA are known for “tropicalizing” the best solutions from foreign markets and by adapting them to their own needs. The CALA markets behave as an “Early Majority” group that deploy well-proven solutions, use state-of-the-art network equipment, and adopt the best practices from the early adopters without making the same mistakes. This trend applies not only to mobile technology standardization but also to the government regulator’s spectrum management policies.

In the early wireless days, 1G and 2G services mostly used the 850 MHz band in the U.S. and the 900 MHz band in Europe. Later, several countries in CALA started to deploy mobile networks in 850 MHz, while others used 900 MHz. Nowadays, many of them have decided to implement both bands. However, as you can see in Figure 1, these bands are overlapped.

It is well-known that an actual overlap of two bands in a region is not possible, so regulators have carefully reviewed and determined which portion of each band would be used in a market. However, there is neither a regional consensus about which portions of the bands are awarded in each country, nor the requirement for a guard band between the bands in use. This situation has created a variety of non-standard band distributions and brought about the need for different interference mitigation filters (IMF) in each market.

Many CALA customers initially approached CommScope to ask for a 900 MHz filter with 850 MHz rejection. Our engineering team developed a filter solution that fits almost all of the markets. The impact of these IMFs on a cell site sector’s key performance indicators (KPIs) is presented in Figure 2. In actual field cases, a reduction of interference of more than 40 dB is observed, as well as a reduction in drop-call indicators from unacceptable levels to percentages below 1%.

However, despite the success of these first IMFs, when more and more customers from different countries found that their interference problems persisted even when using standard filters, we realized that a “one size fits all” IMF solution is not enough for CALA. To support local needs, CommScope developed a set of filters that that can be tuned according to each specific market need. These adaptable IMFs succeeded in providing customized solutions for CALA customers. These products have been adapted to several markets in the region as presented in the Figure 3. CommScope is now able to quickly adapt an IMF solution to any specific need. Because of this capability, several CALA OEMs and operators consider CommScope a key partner for supporting wireless services in several countries throughout the region. 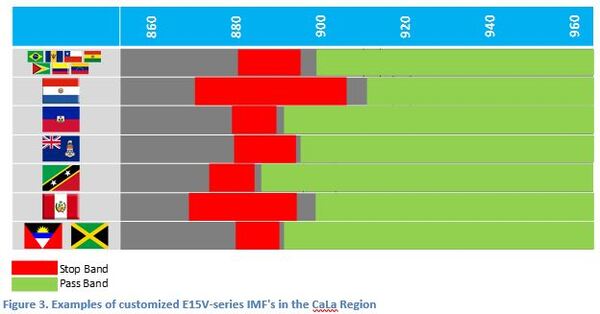 Cesar Franco Calderon is an application engineer for Filters and Base Station Antennas in the CALA region for CommScope. He previously worked as a project manager for MSI Americas Brazil and in Telefonica’s Global CTO team, dealing with projects across all of Telefonica’s operations in Latin America, Spain and Europe. He has over 17 years of experience in RF design, optimization and planning, procurement and project and process management for mobile networks. Cesar has a bachelor degree in telecommunication engineering from the University of Cauca, Colombia, a master’s degree in qualitative finances from the University of Alcalá, Madrid, and a master’s of business administration from the FIA Business School, Sao Paulo.
See all posts by this author