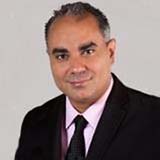 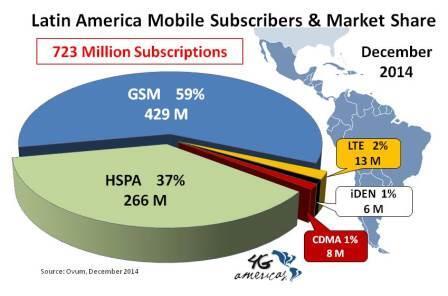 (Note: The following has been submitted as a guest post to the CommScope Blog by Jose Otero, director of Latin America and the Caribbean, 4G Americas. Opinions and comments provided in this guest post, as with all posts to CommScope Blogs, are that of the author and do not necessarily reflect the views of CommScope.)

The first commercial LTE networks in Latin America became available in late 2011. Unlike earlier mobile technologies which landed in Latin America five to six years after their initial commercial launch in other regions of the world, LTE emerged almost at the same time as in developed markets such as the United Kingdom, Spain, France and Italy. Thus, LTE was the first all-IP network to reach the region as well as the first time that a new network technology was deployed simultaneously in developed markets and the developing market of Latin America. LTE continues to spread throughout the region as 4G Americas reports from March 2015 show that 58 commercial LTE networks have been distributed over 22 markets in Latin America and the Caribbean.

Although LTE is rapidly developing in the region, a few hurdles still need to be overcome in order to accelerate the expansion of mobile broadband technologies like LTE in rural and suburban areas. The sector’s regulatory authorities should consider three obstacles: the allocation of radio frequency (RF) spectrum for mobile services, the development of wireline infrastructure to expand wireless broadband networks and the need to facilitate the entry of terminals enabled with these technologies to ensure adoption.

RF is the most basic input in a mobile network. However, for practical purposes, not all RF spectrum is equal. Not all spectrum bands have, for example, the same propagation characteristics or the same economies of scale. As a case in point, there are currently more LTE devices on the 2.6 GHz or AWS (1.7 GHz / 2.1 GHz) band than on the 700 MHz band.

Despite the tremendous importance of allocating RF spectrum to enable the healthy development of the mobile service industry, many regulators in Latin America are lagging behind in terms of the amount of RF spectrum allocated to mobile service providers in their respective markets. While in developed markets the amount of spectrum already granted is in excess of 600 MHz and 700 MHz, figures from Signals Telecom Consulting show that some markets in this region barely reach 400 MHz, and several others, like Honduras and Panama, have less than 200 MHz of allocated spectrum.

If the amount of already allocated RF spectrum is limited, it is highly likely for operators to use whatever bandwidth they possess to offer new services under different technology platforms. This makes it very difficult for them to introduce a new technology such as LTE since it requires a network of its own. One possible solution to the scarcity of RF spectrum in markets where there are concessionaires who underutilize it, is to create a secondary trading market – a common practice in the United States and Europe.

The Importance of Wires

Although the air interface – the segment of the network that goes from the mobile terminal (cellular phone, tablet, etc.) to the base station or antenna – is a major component of wireless networks, there is actually an increasingly relevant role for the wired infrastructure. Every antenna has a link connecting it to the fibre optics backbone in its market, allowing the two-way traffic that it handles to reach the final recipient. Most of these connections, known as backhaul, are on wired networks such as copper or fibre optics networks. The arrival of mobile broadband technologies featuring rates faster than 20 Mbps resulted in the evolution of backhaul connections in wireless networks. While 2G service required only an E1/T1 connection, the current requirement is a fibre connection or VDSL2.

Thus, it is extremely important for the governments in the region to enable licensing for the deployment of mobile networks that contemplate the placement of an antenna as well as the deployment of the necessary wireline technologies to render the mobile network operational. Considering that in most markets in the region these authorizations are granted at the municipal level, there is a risk that mobile broadband deployments will be artificially delayed by bureaucracy or lack of information, mostly in rural or remote areas which, ironically, are the ones in greatest need of new technologies like LTE. 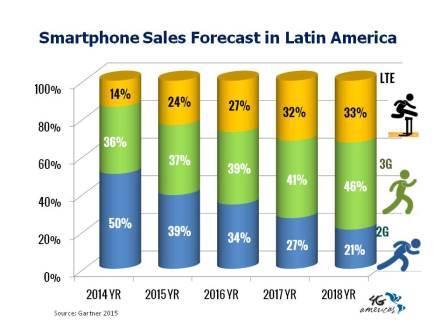 The Role of Devices

Just like RF spectrum and licensing at the local level are necessary for the deployment and expansion of new mobile technologies, the availability of devices that may be connected to these networks is essential. A mobile network lacking devices that can operate on it does not serve any purpose; it is a white elephant. For that reason, it is key for the governments in the region to take steps to facilitate the entry of devices enabled with the new technologies. The proliferation of these devices at low cost helps to accelerate the adoption of mobile broadband technologies such as LTE. A positive effect of the wireless broadband service offering 10 Mbps to 20 Mbps service speeds is that it forces fixed broadband (i.e., cable modem, DSL, etc.) providers to improve their offering in the effort to remain competitive.

Unfortunately, in terms of availability of new devices, in many Latin American and Caribbean countries the current situation is not too encouraging. Take Venezuela as the most paradigmatic case in the region. Due to issues in obtaining hard currency, Venezuelan operators are prevented from updating their networks at the rate that the market would indicate. For example, Digitel in Venezuela stated to the press that it took them three years to complete the network enhancements that would have required six to nine months under normal financial conditions.

Multiple academic studies have found a correlation between the adoption of broadband technology and a given country’s economic growth. Likewise, the wireless network architecture makes these networks more apt for rapid deployment in areas lacking coverage from wireline alternatives. These two facts per se should prompt the governments of Latin America and the Caribbean to seek alternatives to accelerate the deployment of mobile broadband networks throughout their territory and start promoting e-learning, e-health and e-government initiatives while expanding the domestic market for application development to take the most advantage of new LTE technologies. 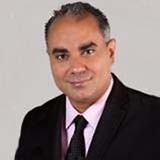 Jose Felipe Otero Muñoz is the director of Latin America and the Caribbean for 4G Americas. He is responsible for promoting the successful development of the 3GPP family of technologies (including LTE) throughout the region and communicating the latest advancements in these technologies to key stakeholders, including mobile operators, vendors, regulators, telecommunications organizations, media and analysts.
See all posts by this author