CommScope Definitions: What is SAS?

Wireless operators are under constant pressure to expand network capacity and enhance network speed and performance to meet user expectations. Among a number of options available to carriers to help overcome these challenges is adding spectrum. But licensed spectrum is a finite resource, and subscribers are using more and more wireless services and bandwidth.

To address the spectrum shortage in the U.S., the FCC created the new Citizens Broadband Radio Service (CBRS) in 2015 in the 3500-3700 MHz band. This spectrum adds critical new capacity opportunities for carriers, but requires the implementation of a spectrum sharing system, officially called a Spectrum Access System (SAS). The SAS has emerged as one of the preferred dynamic spectrum access solutions in the U.S.

For an example about how a SAS will help operate in CBRS, check out this short video. 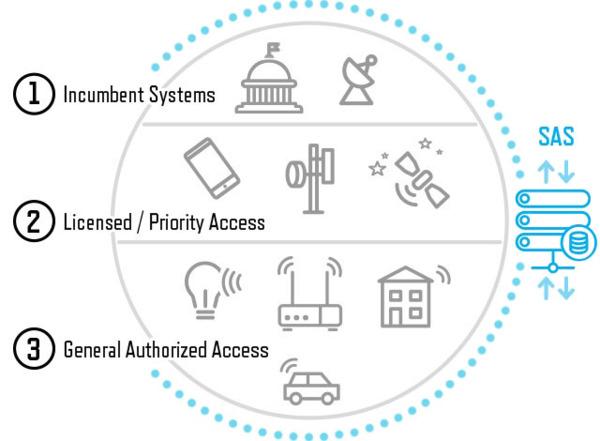 With a SAS, spectrum is managed and assigned on a dynamic, as-needed basis across three tiers of access:

If spectrum is not needed by one tier it can be accessed by another via the SAS, securely and without interference. In CBRS, the Tier 1 incumbents include Navy radar and commercial satellite communications systems. To protect them from interference, CBRS comes with two key requirements:

SAS is expected to be used first for wide-scale shared wireless broadband use in CBRS, but it could play a significant role in managing spectrum for future 5G networks.

CommScope is developing its own SAS and ESC solutions. To learn more about CommScope’s role in CBRS, check out this interview on spectrum management I did. Leave me a comment with any questions.