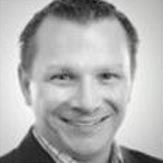 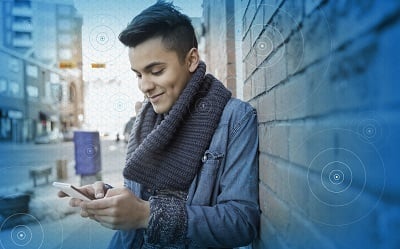 One of the things I enjoy most about working at CommScope is interacting with smart people who are among the best in the world at what they do. I’ve learned a lot about cutting edge antennas, the difference between fiber backhaul and microwave backhaul, as well as latency, PIM and other issues that dictate a user’s experience. However, I was reminded that despite all I’ve learned working at CommScope, I remain a mere consumer of wireless services -- especially at the mercy of a service provider’s infrastructure decisions and local investments.

Let me explain. I was with my family on a Spring Break ski trip in an unnamed town in the Rockies. I was there the previous summer and experienced very few wireless connectivity challenges in the area. But, I was surprised when it quickly changed during this spring break visit. I was frequently confronted with the dreaded “No Service” message. Occasionally, one of the five dots on the iPhone signal strength indicator would appear. That was usually sufficient for a phone call to go through -- if I stood still. The signal was stronger inside the town’s business district, but not in the greater area where most locals lived and tourists stayed.

I quickly discovered, single dot signal strength teased the possibility of my habitual smartphone uses – sending photos through texts, using navigation services, exploring social media applications and even streaming audio and video. In my case, I needed more than one signal dot to use any of those features. Being aware of my dependency on the modern network made me realize that Millennials around the world may be on to something with their prioritization of wireless connectivity. I admit, as the inconveniences mounted, a little anxiety began to set in. This anxiety led to embarrassing episodes, which involved sitting in parking lot of a major fast food establishment just to use their wi-fi to stay in touch with my friends.

Observation and casual conversation with locals and fellow spring breaking families revealed I was not alone in feeling isolated. That comfort disappeared when I also learned that many people (virtually all the locals and regulars) were with another carrier. Now, my anxiety had turned to jealousy. I watched customers of the other carrier video chatting, streaming music as well as texting friends and family with no hesitations. At this point, it became clear to me that the other carrier had invested in its network for this part of the country. Sure, my service provider had a presence in town, but a quality experience for the broader community was not offered.

The locals probably don’t understand fiber network convergence or sector splitting. They may not need to understand those things. But, they do understand a poor user experience. On the other hand, service providers do need to understand the ins and outs of wireless networking and that when they don’t invest, it could result in customers choosing the competition.

So, let the smart people and products at CommScope help your network be the one consumers choose.

Adam Alexander serves as Senior Attorney-Compliance to CommScope.  His compliance responsibilities include legal aspects of global privacy and data transfer, labor and employment, marketing and communications.