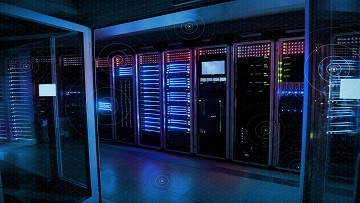 Not so long ago, the most prevalent cabling in data centers was copper-based.

In some poorly planned data centers, ladder racks creaked under the weight of copper cabling bundles, which mostly provided 1000BASE-T links between servers and access switches located in other rows. In others, floor tiles couldn’t be properly seated because of the burgeoning volume of copper cabling running under the raised floor – made worse by the bad practice of installing new cabling on top of the old cabling rather than removing it.

Advances in optoelectronics, and the need for speeds well beyond the practical limits of copper have given rise to fiber cabling being the dominant media in today’s data centers. The latest Ethernet applications standard approved in the IEEE 802.3 committees addressed speeds of 400Gb/s, which is more than an order of magnitude faster than the upper bounds for copper at the standard 100 m distance.

In spite of this, copper still plays an essential role in the data center. More importantly, there continues to be innovations in copper cabling that make deployment and time-to-service easier and faster.

One recent data center project is a perfect example of how pre-terminated copper wiring harnesses significantly improved the time to service – from eight hours to 10 minutes.

In this case, 10G server uplinks connected 2U “pizza box” style servers to top-of-rack switches within a server cabinet. Improvements in 10GBASE-T transceiver technology have significantly improved power, latency and cost – making this a common application. Each of the 20 servers used five or more connections (two primary, two secondary and one out-of-band management) – which meant that the server cabinet needed more than 100 patched connections.

Manually patching, one cord at a time, was very time consuming and required slack storage for overlength. Labeling patched connections on site further slows the process.

To speed up this process, a pre-terminated, color-coded harness was created. Based on the patching template, which provided the required five-cord break-out at each 2U position, the harness could be easily secured in the server cabinet, making the server connection very simple and fast. And with the be-spoke design, additional rack space was not needed to accommodate overlength, as there was none.

Further technology advances, such as reduced diameter copper cords and cable, makes even better use of valuable space in cable management and pathways. Data center speeds will no doubt continue to increase, and fiber optic technology is well-suited to support it well into the terabit age; however, copper will continue to have its place as the lowest cost solution for 10G and below connections.