DAS as a Prelude to the Future of Networking 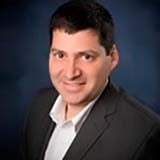 Since the first Distributed Antenna System (DAS) went into operation over 30 years ago, its name has remained the same, but seemingly little else with DAS has.

In its infancy and throughout childhood, DAS was a method to provide coverage in areas where there was none. This need bore two fruit: the active and the passive DAS. Both were fairly static, and while they improved coverage, did little for alleviating increased network capacity demands.

DAS has now come of age. Its features and functions have long since moved from a coverage enhancer to a capacity reliever. True to its name, DAS still distributes signals from one location to another, but this is where the future breaks from the past. Systems today are dynamic, with various matrices that facilitate the movement of capacity from one location to the next. As a capacity play, DAS does things that pico cells simply cannot. DAS can simultaneously make available all spectrum for use, rather than one or two RF channels inside 20 MHz. Moreover, how that spectrum is used is completely user defined.

New features implemented in DAS facilitate the deployment of Self Organizing Network functionality. This includes turning off RF carriers and re-allocating bands on-the-fly to reduce spectral noise, coordinating with the macro network to allow dual connectivity (radio resources coming from both the DAS and the macro network), as well as easy support for LTE in both licensed and unlicensed spectrum (Licensed-Assisted Carrier Aggregation). What can be done with discrete eNode-Bs can be made more efficient and more dynamic when coupling them with a DAS and taking advantage of trunking efficiency and flexibility without having to compromise by entering the user space.

The concept of Remote Radio Heads and the dream of true Cloud RAN are a logical evolution of the wireless network as a whole. Much as the IT world is pulling its processing power toward the center of the network for efficiency, the telecom world will do the same. DAS pioneered this architecture by centralizing processing in base station hotels and moving capacity elsewhere.

While all manners of base stations will be used in future network deployments, DAS will play a central role in providing on-demand capacity wherever and whenever it is needed.

What do you think? 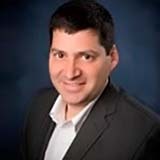