Data is out in the open in Amsterdam 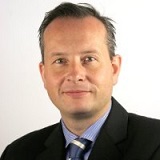 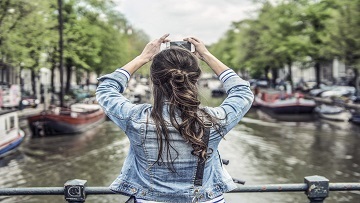 When I travel to the Netherlands, I’m always impressed by the open attitude of the people I meet. Something about society there makes you feel welcome as an international traveller. I think it stems from the heritage they have as a trading nation.

The Dutch have always broken new barriers. For example, did you know that they started the world’s first airline in 1919 called Koninklijke Luchtvaart Maatschappij – more commonly known today as KLM. Just as important is the sea port of Rotterdam, the largest port in Europe and sixth largest in the world (by tonnage).

Looking at this type of pedigree, it’s not surprising to learn that in the current digital economy, the city of Amsterdam is one of the four major hubs for Internet traffic and data center connectivity in Europe. Therefore, what better place for the Open Compute Project (OCP) to host their inaugural European regional summit than Amsterdam? The OCP Summit sought to bring subject matter experts in the data center industry to one location, to exchange ideas and to learn from one another’s experiences.

At the summit, I witnessed first-hand how the techniques being deployed today by hyperscale and cloud data center owners are shaping the whole of our industry and are also being seized upon by the service providers. Around the world, service providers are provisioning their infrastructure to deliver higher bandwidth and lower latency networks. This is in response to the demand from their subscribers both for content and to support the increasing number of connected devices.

It was clear from the conversations in the main auditorium and breakout rooms that tomorrow’s world will be driven by artificial intelligence and huge amounts of data contained in “data lakes.” Ultimately, big decisions and discoveries will be less driven by human endeavor, more augmented by human intelligence, with analysis of “big data” winning the day.

Every part of society -- from medicines and complex manufacturing processes to the obligatory mention of the self-driving car -- will be impacted by how quickly and efficiently we can capture, process and transport data around a network.

It was evident that any thoughts of creating incremental improvements to a network’s design will not be sufficient to keep momentum moving forward. Success will be achieved by those who can support speed of change, increased bandwidth and lower latency.

Openness wasn’t just constrained to the conference halls and OCP delegates in Amsterdam. I’ve since discovered that Amsterdam is going further and challenging existing boundaries and norms, by promoting the concept of Open IoT infrastructures – smart cities. This initiative allows citizens to test new innovations that will deliver data to the city, helping them to solve the challenges that are faced in their public spaces. It looks like being open is the smart thing to do! 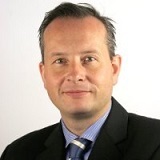 Alastair Waite joined CommScope in September 2003 as a Product Manager for the company’s Enterprise Fibre Optic division, since that time he has held a number of key roles in the business including Head of Enterprise Product Management, for EMEA, Head of Market Management and the Data Center business leader in EMEA.

Since January 2016, Alastair has had responsibility for architecting CommScope’s data centre solutions for Europe, ensuring that customer’s infrastructures are positioned to grow as their operational needs expand in this dynamic segment of the market.