TFT: Is Designing a Data Center as Painful as Building the Great Wall of China? 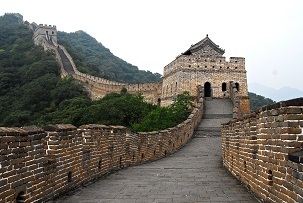 It’s Throwback Fiber Thursday – CommScope’s effort to re-post popular blogs from the last year that have to do with all things fiber. Do they still hold true? Do you see any changes? We’d love to have a conversation. Post your comments and questions below. This blog was originally posted on May 31, 2017.

One popular myth about space exploration is that the Great Wall of China is the only human-built structure that can be seen from space. But of course, this is impossible with the naked eye. The myth probably stems from the long and vivid history of building the numerous walls and fortifications, which took millennia to complete. Nearly 400,000 people died during the wall's construction which began in 221 B.C., and many of them were buried within the wall itself, according to the History Channel.

Designing and building data centers may initially appear as daunting as building the Great Wall of China. But rest assured, history doesn’t always have to repeat itself.

Given the staggering population growth of up to 1,000 percent across cities like Yiwu, Shenzhen and Dongguan within a span of 30 years, it’s no surprise China is in the early stages of what may be the greatest transformation of networking yet.

CLICK TO TWEET: Designing a data center doesn't have to be as painful as building the Great Wall of China.

With close to 1.3 billion mobile phone owners and 700 million Internet users, China is the most populous digital market, according to Data Centre Dynamics. Ninety one percent of Shanghai millennials who own smartphones admitted they could not go a day without it, while 21 percent are spending more than two hours a day streaming online video content, on platforms such as iQIYI and Youku, according to CommScope research.

As Chinese millennials drive change in tomorrow’s network, data center traffic is expected to triple over the next five years.

And this means users are expecting more from the data center - more speed, lower latency, zero bottlenecks. To meet these challenges, the data center’s optical infrastructure must be flexible, future ready and easy to manage.

Data center professionals across the nation must support higher server densities, deploy more fiber and accelerate plans to migrate to higher speeds in their core and aggregation networks. The network infrastructure within the data center must be able to scale to support these significant changes.

To achieve this, the network infrastructure must be agile and flexible, easily integrating into the existing network environment while seamlessly adapting to new applications and unforeseen future changes. Secondly, keeping the growing fiber network manageable requires high density and minimum redesign without compromising signal performance. And lastly, data centers should be cloud friendly and scalable.

Evaluating data center requirements to meet future needs of how data is being consumed, understanding China’s regulations, and having the right data center migration strategy will put organizations ahead of the game.