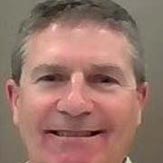 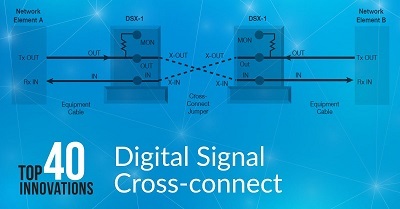 Definition: The Digital Signal Cross-Connect, or DSX, is a value-added product based on expertise making telephone jacks, a core competency of what was then ADC Telecommunications.

In 1985, ADC (now part of CommScope) refreshed Digital Signal Cross-Connect. For the greater part of two decades following the breakup of the Bell System in 1984, the many variations of this product line were the growth engine of ADC. ADC became the leading supplier of DSX to the telecommunications industry and the experience gained in cable management led to the development of the fiber optic products which comprise a significant portion of CommScope’s business today.

ADC pioneered an industry standard to access and cross-connect digital telephony circuits. Previously, when reconfiguring networks, operators had to locate cables and put them in new locations, resulting in extensive, intrusive reengineering requiring a great deal of time and money. Connectivity typically accounts for up to 10 percent of the upfront costs of network deployment.

In contrast, DSX provides a quick solution for maintaining service even during massive redesigns. Operators simply remove and replace a wire or coaxial plug on its cross-connect field to reroute circuits.

This innovative product was an amalgam of miniaturized components, which was especially important in dense urban places like New York City and Chicago where real estate was expensive, and became standard for telephone circuit access and patching.

Did this innovation act as the springboard for other innovations and, if so, how do they all tie together?

DSX enabled ADC to leverage its most significant innovation, the Bantam jack. This innovative twisted pair product made ADC the clear market leader, acting as a springboard to similar coaxial DSX products for higher data rate transmission while paving the way for investment in fiber optic technology.

With its DSX innovation, CommScope and its acquired companies created a course for the next millennium, focusing on being a total solutions provider for the last mile. 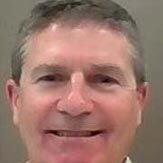 Bruce Ogren is a Principal Engineer in Inside Plant Fiber R&D.  He was a design engineer working on DSX in the early part of his career along with many others, including a few still with CommScope.  Bruce has been with CommScope/TE Connectivity/ADC Telecommunications since 1985.