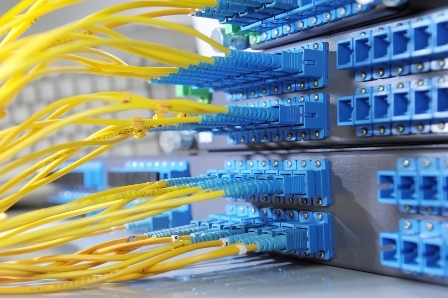 When was optical fiber first conceived? Was it when Snell’s Law was formulated, leading to the concept of refractive indexes? Or when Bell invented the photophone? While these concepts helped advance fiber optics, many would point to Dr. Charles Kao's pivotal research, presented in 1966 to the Institute of Electrical Engineers, as the defining moment in fiber optics - for which Dr. Kao was awarded a well-deserved Nobel prize. That means optical fiber is 50 years old this year!

Along with advances in optoelectronics, fiber technology has quietly enabled much of what we take for granted today, such as the Internet, high speed video and even mobile networks, all of which rely heavily on fiber backbones to ensure high quality of service. Fiber technology enables significantly lower-cost, higher capacity bandwidth at much greater distances than other media, such as coax, microwave and satellite, ever could.

Before fiber technology, bandwidth was scarce and expensive. All kinds of schemes, such as robbed bit signaling and bit compression multiplexing, were used to try to squeeze out as much bandwidth as possible from the previous backbone network technologies. Ongoing improvements in fiber optics continue to lower what is commonly referred to as the “cost per bit per kilometer” -- significantly reducing bandwidth costs to the point that all of the broadband services we have today could be delivered cost-effectively.

We at CommScope are very proud of the role we have played in bringing fiber optics to the telecommunications network: whether providing next generation wide-band multimode fiber in data centers, high density optical distribution frames for fiber-to-the-home, or fiber-to-the-antenna solutions, we continue to generate innovative solutions for our customers that are based on optical fiber technology. We've made it much easier to connect to the fiber superhighway.

At 50 years old, is fiber looking for early retirement? Not by a long shot! Innovation continues in core fiber technology and connectivity, and we look forward to developing new fiber-based innovations to keep ahead of the global need for more bandwidth.

David Tanis is the Director of Strategic Enterprise Marketing at CommScope. Dave joined the team in April, 2005 and has overall responsibility for driving solutions and product marketing for enterprise customers throughout North America. Dave has over 20 years experience in the telecommunications industry. He joined AT&T Network Systems in 1984 as Product Engineer and held a number of positions in their manufacturing facility in North Andover, MA, USA. He joined Lucent Technologies in 1996 and assumed the role of EMEA Technical Manager for Optical Fiber and Cable in 1998. With the acquisition of the Lucent Optical Fiber and Cable business by Furukawa and CommScope in 2001, Dave assumed the role of EMEA Technical Director, OFS. Dave continued in this role for OFS until April 2005, when he joined SYSTIMAX Solutions as EMEA Technical Director. Dave has published several papers in various industry trade journals and is a regular presenter at industry conferences. He holds a Bachelors Degree in Mechanical Engineering from the University of Vermont and a Masters in Business Administration from Boston University in the USA.

Emotet malware may have been discovered in 2014, but it has evolved and is now considered one of the top internet threats. In the first of a two-part series, Heather “Mo” Williams explains the evolution of Emotet and its new capabilities.