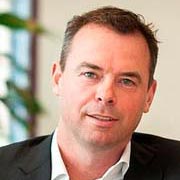 Have you ever tried to fill a drinking cup with hundreds of liters of water? There just isn’t enough room. So what’s the solution? You either have to reduce the total volume, or get a bigger cup.

It’s a simple capacity metaphor, but since the advent of smartphones and the deluge of wired and wireless data flooding networks everywhere, this is the primary challenge facing stadium infrastructures. At larger stadiums like Stade de France in Paris—which has hosted the FIFA World Cup and is capable of supporting well over 80,000 fans for a concert or a sporting event—the sheer magnitude of the capacity challenge rises exponentially. It’s the equivalent of attempting to support an entire city’s worth of wireless data needs during a single match or performance.

From texts to tweets to video and more, sports fans love to share their game-day experiences with family and friends. With 5.5 million website visitors, 220,000 fans on Facebook and another 40,000 on Twitter, Stade de France was no exception. When fans began voicing their desire for a better experience, Stade de France leadership listened and partnered with CommScope to transform its existing network infrastructure into an innovative flexible, world-class solution.

That sounds great, but how does it impact the fan experience?

After 70 miles of CommScope cabling, more than 950 Wi-Fi access points and 40,000 DAS connections, the “cup” of available bandwidth for France’s premier live entertainment destination transformed into a reservoir. Fans can share their experiences on social networks in real time. Media outlets can broadcast major events without interruption. Advertising spend is smarter, more flexible and relevant. Security is tighter because communication is faster.

Above all, the stadium’s new network is designed with future needs and new technologies in mind. So whether an epic match happens tomorrow or in 2026, Stade de France is more than ready to handle the incoming data tsunami. 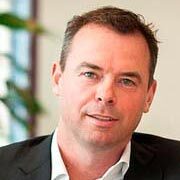 Mr. ter Linde has almost 20 years of industry experience. He has held key positions in marketing since joining AT&T in 1996 and then moving in 1997 to Atlanta, Georgia, USA to work at Lucent Technologies' Network Products headquarters as market manager for EMEA. He returned to the Netherlands in 2000 to head up Lucent Technologies’ SYSTIMAX enterprise market as sales director, Netherlands before becoming managing director, Northern Europe for the Connectivity Solutions division under Avaya in 2001. The following year Mr. ter Linde was given responsibility for the Western European region after CommScope’s 2004 acquisition of the SYSTIMAX business from Avaya.

Prior to joining AT&T, Mr. ter Linde held several sales and marketing roles in Philips Netherlands and Bayer Germany. He holds a Bachelor of Economics degree in international business and management from HAN University in Arnhem, the Netherlands.