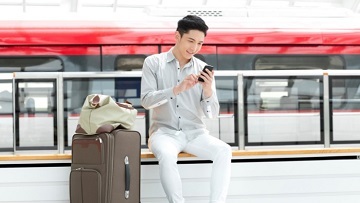 We are counting down to the world’s largest human migration. ‘Chun Yun’ is a term to describe the world’s largest annual human travel season during the Lunar New Year, which begins Feb 5, according to the 2019 Lunar calendar, and is celebrated for 15 days. More people, working or studying in first-tier cities like Beijing, Guangzhou and Shanghai, travel home before or during the holiday for the annual family reunion. For others, they will use the time off to travel within China or to other popular destinations across Asia and in the US or Italy.

Today, China’s population stands at 1.4 billion, and accounts for nearly 19 percent of the total world population, according to WorldoMeter. You can imagine why Chun Yun is such a big deal.

A long-held tradition transformed by technology

The term "Chun Yun" was first used in the 1980s. According to Xinhua, an estimated 100 million trips were made during the Chun Yun in the 1980s, and the figure has surged to about 2.98 billion trips today.

From securing a ticket to moving through the crowd to the journey itself, travelling during Chun Yun is an arduous mission. Before the internet had fully developed, people would queue overnight or even a few nights before ticketing opened to secure train tickets home. Many were left disappointed since rail was the only option back then. Situations in rail stations were often messy. In the past, it was extremely crowded as processing of tickets were manual and trains were slow due to a lack of robust infrastructure. Unsurprisingly, some managed to sneak in without a ticket due to the overwhelming chaos.

However, technology has transformed Chun Yun. As China increases connectivity, commuters can monitor for ticket availability and book their train tickets on their mobile devices in advance. There are more travel options due to the improved transport infrastructure, including smart monitoring of weather and traffic conditions across China. Railway stations are more organized and efficient with the help of technology.

China is more digitally connected than ever before with approximately 1.56 billion mobile phone subscriptions as of late 2018. With a more connected society, China is demonstrating momentum in technologies to make commuting smarter and safer.

Facial recognition technology is used in various railway stations to speed up security at checkpoints. For example, it takes less than two seconds to pass through the checkpoints at Wuhan Railway station. Smart robots will be deployed at some railway stations, drawing on big data technology to answer passengers' questions related to train schedules or ticket information. Passengers will use voice enabled technology to ask for directions which frees up service counters to focus on other services.

Virtual Reality (VR) technology is also gaining ground in the railway stations. For example, commuters can virtually experience entering the station, going through security checks and waiting for the train in advance using VR via their smart phones. China reputably has one of the world’s most vast transportation systems, boasting 13,670 miles of high-speed rail lines—greater than all other countries combined.

The country is in the process of laying down 9,321 more miles by 2025, according to qz.com. Although in its infancy, the use of an artificial intelligence (AI) system will help to detect power failures and provide early warning to station operators. Efficient scheduling of trains could also be achieved with the help of big data, as well as providing smarter services using AI in train stations. For instance, commuters might experience faster check in thanks to facial recognition and electronic tickets.

Connectivity is at the heart of smart technologies, enabling everything in the railway stations from digital payment, to minimizing human congestion to providing wireless throughout the journey. CommScope is in the connectivity business. We help solve complicated coverage and capacity challenges for customers and meet the needs of a smart communications for today’s modern transportation network.

Every Lunar New Year starts with a new zodiac sign and 2019 is the Year of the Pig, the twelfth of all zodiac animals. Their chubby faces and big ears are signs of good fortune. As we welcome the Lunar New Year, I wish all our readers good fortune and good health. 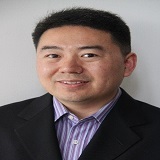 Jordan Zhu is Director, Cell Site Solutions, Southeast Asia, and Service Provider, Greater China and Korea, CommScope. He is responsible for leading sales in the telecommunications space across these regions.

Jordan has more than 20 years of experience working in the United States and Asia Pacific.

His years of expertise is backed by a strong background in telecommunications and wireless networks since he began his career with CommScope in 2005. Prior to that, he has worked as a Consultant in Woodholm Group, an international consultancy firm, and SCALA Business Solutions, a global ERP solution provider.

Jordan holds an MBA from Duke University – The Fuqua School of Business, and a Bachelor’s degree in Business Administration from Winthrop University in the US.