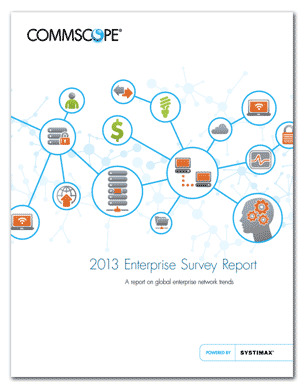 Editor’s Note: This is the first installment of a series in which contributors elaborate on each of the five game-changes featured in CommScope’s latestGlobal Enterprise Survey.

The world today is predominantly powered by fossil-based fuels including petroleum and refined derivates such as gasoline. Nuclear power plants are also deployed in more developed nations; a hybrid of coal and nuclear powered plants feed those national electric grids and drive the economies.

However, the need for cleaner power is focusing our drive and transition towards non-fossil eco-friendly fuels for the future. This holds true, as well, in powering enterprise networks. It is no surprise to see green, reliable power as one of the top five trends and technologies mentioned in our survey of enterprise IT managers.

One leading solution for a greener future is hydrogen. Hydrogen inherently poses less danger than conventional fuels, such as gasoline or natural gas. Hydrogen is colorless, odorless, non-toxic and will not contaminate groundwater. If released into the air, it will not contribute to atmospheric pollution. Hydrogen is 14 times lighter than oxygen, which means it diffuses rapidly into a non-flammable concentration when released into the air.

Hydrogen is the most abundant chemical substance in the universe. In nature, hydrogen is always combined into molecules with other elements, typically oxygen and carbon. Hydrogen can be extracted from virtually any hydrogen-containing compound including both renewable and non-renewable resources. Hydrogen fuel cells utilize hydrogen as fuel with no polluting emissions, making hydrogen the ultimate clean energy.

We easily recognize the two gases Hydrogen (H2) and Oxygen (O) in the formula H2O (water) as the source of super eco-friendly fuel for all life on earth.

Hydrogen needs oxygen to burn, making combustion within a hydrogen tank impossible. In the event of a leak, the physical properties of hydrogen would force the gas to quickly diffuse and rise, moving the gas away from the leak.

Gasoline and natural gas can be explosive at low concentrations whereas hydrogen requires a much higher concentration that it is less likely to reach due to its lightness, rapid diffusion rate and an ignition temperature of 560OC.

The Proton Exchange Membrane Fuel Cell (PEMFC) is an electro-chemical device that uses hydrogen combined with oxygen from the air to produce electricity and heat to sustain continuous power.

PEMFCs are fourth generation power generators considered to be heir apparent to the internal combustion engine.

PEMFCs are more than 50 percent energy efficient and produce water and heat byproducts. No pollution is generated during PEMFC operation and therefore it reduces carbon emissions directly through the replacement of fossil-fueled generators, and indirectly through the reduced production of lead-acid batteries. They are quiet and non-polluting, making them suitable for banking, retail, big box stores and retail areas.

A fuel cell system fueled by hydrogen is compact and lightweight with no major moving parts. Because there is no internal combustion, in ideal conditions, PEMFCs can achieve up to 99.9999 percent reliability. This is equivalent to less than minute of downtime in a six year period. The advantages of PEMFCs over traditional fossil-fueled generators include:


The applications and efficiency for PEMFCs are still being developed and experts have yet to crack the full potential of this viable power alternative. With continued research and an open mind, the possibilities for fuel cell technology are limitless.