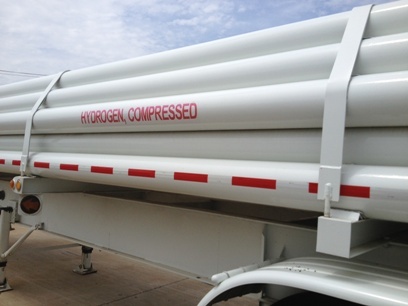 Albert Einstein once said, “No amount of experimentation can ever prove me right; a single experiment can prove me wrong.” I believe Einstein’s quote best describes my thoughts regarding the skeptics of hydrogen fuel technology. Since my initial blog on the prospects of hydrogen fuel cells, I received feedback and interest that inspired me to discuss the safety aspects of hydrogen in hopes of offering more insight on this fascinating fuel for the future.

Hydrogen was first artificially produced in the early 16th century through mixing metals with strong acids. Sometime between 1766 and 1781, Henry Cavendish discovered hydrogen gas to be a discrete substance that produced water when burned. In the Greek language, hydrogen means "water-former.”

These days, hydrogen tends to conjure up a Fear, Uncertainty and Doubt (FUD) cloud that takes on a life of its own within the unbeliever’s community. When it comes to pessimists, the hydrogen unknowns will always remain unknown. They tend to focus on the dark FUD cloud to rain on the hydrogen parade.

Based on my research of hydrogen properties and safety standards, an argument can be made that it is inherently safer and poses less danger than conventional fuels like gasoline or natural gas. Hydrogen is odorless, colorless, tasteless, non-metallic, non-corrosive, non-toxic, non-poisonous, and will not contaminate groundwater. As opposed to gasoline or diesel fuel, the release of hydrogen into the air will not contribute to any kind of atmospheric pollution.

Naturally occurring atomic hydrogen is rare on Earth because hydrogen readily forms covalent bonds with most non-metallic elements and is present in the water (H2O) molecule as well as most organic compounds.

Hydrogen is undetectable by human senses. For this reason, hydrogen systems are designed with ventilation and leak detection. Natural gas is also odorless, colorless, and tasteless. So an odorant containing sulphur is added in order for human senses to detect it. As for hydrogen, there is no known odorant light enough to travel at an equal dispersion rate with the gas so odorants cannot be used to provide a detection method.

Gasoline and natural gas can be explosive at very low concentration levels. Unlike these fuels, hydrogen requires a much higher concentration and is also approximately 14 times lighter than air and rises at a rate of 20 meters per second. This means it can diffuse rapidly into a non-flammable and harmless concentration when released into the air. In addition, the hydrogen ignition temperature is very high (560°C or 1,040°F).

When compared to fossil-hydrocarbon fires, hydrogen fires have much lower levels of radiant heat, greatly reducing the risk of secondary fires. Since fires need oxygen to burn, combustion within a hydrogen tank is impossible. In event of a leak, the physical properties of hydrogen force the gas to quickly diffuse and rise, moving the gas away from the leak. Therefore, given all these factors; hydrogen is much safer than the gasoline and natural gas fuels.

Standards and regulations have been set to ensure the safe production, storage, handling, and use of hydrogen. All hydrogen components undergo strict third-party testing for safety and structural integrity. The website www.fuelcellstandards.com tracks the world-wide development of more than 300 hydrogen and fuel cell standards. You can search standards of applications and geographic locations by using the tabs at the top of the page.

The use of hydrogen is not new; the industry has used it safely for many years. As of June 2012, the US safely produced and used more than nine million tons of hydrogen. Hydrogen is safely used in petroleum refining and for a variety of other purposes. It is transported for commerce through various containers and pipelines under US Department of Transportation (DOT) regulations. Hydrogen is also part of the long-term energy strategy for the US.

I hope these safety points and regulations will help dispel the dark FUD cloud, hopefully ending its unwarranted gloom and rain on the hydrogen parade. This is the dawn of the hydrogen age and its emerging applications in datacenters and buildings are becoming more evident as traditional fuels give way to a more green and eco-friendly fuel like hydrogen. In relation to Einstein’s quote, I feel that more deployments are required in order to prove the practical applications of hydrogen fuel, such as fuel cell automobiles; but hope people are not turned away by the short-term drawbacks.

I know more questions need to be asked to fulfill other applications of the fuel but I hope this helped dispel any concerns regarding the safety of using hydrogen fuel. I welcome other questions or discussions on how continued progress is needed to realize that hydrogen can power the future.