I bless the (fiber?) down in Africa 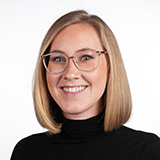 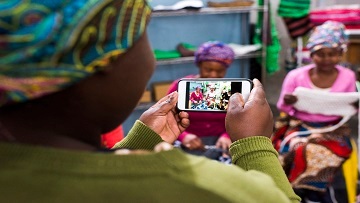 As any good visitor to Africa, I hummed the Bobby Kimball song “Africa” to myself in a recent taxi ride in South Africa, observing the passing faces—so many exciting things happening, so much potential on its way to being realized. “As sure as Kilimanjaro rises like Olympus above the Serengeti….” I continued to hum as I thought: Africa is sure to need a lot of fiber to support the massive and imminent changes happening, many of them made possible only because of the internet. Home to some of the fastest growing cities and economies in the world, the world’s youngest population, and a booming technological revitalization, Africa is an exciting place.

CLICK TO TWEET: The actual amount of fiber in Africa is not enough to handle the amount of traffic expected over the networks in coming years.

The world is expectant of Africa. Expectant of the advancements, the ingenuity, the creativity and capability of the continent. Separately, three CEOs of the biggest, global tech-giants have visited Africa in the last two years— Google, Microsoft, and Facebook. While in Nigeria, Mark Zuckerberg was quoted saying “The future will be built in Africa.” This comment echoed Bill Gates' enthusiasm and hope for the continent, in his speech last summer in South Africa: These CEOs see it. They anticipate it. They are in on it.

So what are the limits? The sky! The moon! Mars! Just kidding, the ground actually... or maybe the height of a cellular signal. "High-speed, reliable internet is vital for these young businesses to compete with the likes of Silicon Valley,” says the general manager at a shared working space in Kenya in an interview. Africa, while currently lower than Europe or the Americas in mobile broadband subscriptions (only 19 percent, versus 60 percent), has had the highest growth in recent years and is forecasted to grow 5-fold by 2020.

While Africa is quite well-fed with sub-sea fiber cables, the actual amount of fiber on the continent is not enough to handle the amount of traffic expected over the networks in coming years. This means there is a rich opportunity for investment in the future of Africa by means of fiber—from feeding and off-loading macro cell towers with fiber and fiber to the home services to someday feeding small cells and 5G equipment. Africa needs fiber! It’s an exciting space, and CommScope sees it. CommScope anticipates it. And with a long history in the region, CommScope is in on it, too. 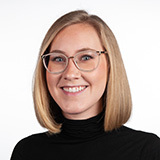 Passionately engaged in global trends but having spent her whole life in the US, Ms. Vadnais purposed herself to even better understand the dynamics of the global broadband industry, and so one year ago relocated to Brussels, Belgium.  From the office there, she focuses on supporting the company’s business in Sub-Saharan Africa from a regional product management perspective, along with staying on top of regulatory trends across the Europe, Middle East and Africa (EMEA) region. From tracking generational trends in broadband consumption, to regional trends in technology and networks, Ms. Vadnais is always seeking to understand the current and future demands on networks and anticipate the needs of network operators.  Ms. Vadnais has over 5 years of experience in the industry and in strategy and product management, researching broadband network infrastructures across the the world.  She has extensively studied and analyzed consumer, market and industry trends, observing them through industry engagement and life as a connected millennial.