Is Fiber-to-the-Ethernet a New Definition of FTTx? 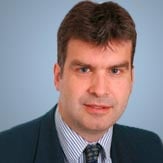 Network infrastructure planning can be stated in a relatively simple equation:

The industry is faced with a growing dilemma; how do we deliver enough bandwidth to the user? We face lack of bandwidth in the network backbone and data centers to support applications such as:

For more than 30 years, network developments have taken parallel paths for both optical-fiber and copper transmission media. Various transmission methods were developed including:

Of all the Local Area Network (LAN) protocols, Ethernet is clearly the market favorite. As Ethernet evolves to higher-speed forms, it addresses customers’ data networking needs with a cost-effective reliable solution. Additionally, switched Ethernet networks have shown themselves to be extremely robust, performing over every physical media layer available—from twisted pair cables to all types of fiber-optic cables. Almost all network traffic today starts out as Ethernet and IP traffic.

Therefore, building Ethernet networks with the next step up in speed is the easiest way to scale enterprise and service-provider networks. The decimal point moved from one to 10 Gigabits per second (Gbps), and 100 Gbps will move it one step further, enabling Ethernet to match and exceed speeds of the fastest technology in metropolitan area networks (MANs) and wide-area networks (WANs). In fact such is the interest in multi-gigabit networks, options for 2.5, 5, 10, 25, 40, 100 and 400 Gbps Ethernet have been or are being developed.

Higher network speeds will continue to evolve because of steadily increasing bandwidth demands, coupled with reducing cost of interface electronics and the adoption of technologies such as cloud computing. The aggregation effects of user bandwidth drives even higher speeds in the data centers and network backbones.

As the network requirements in both the wired and wireless world fuel the need for high reliability, low delay, high bandwidth and extended distances, fiber optic solutions reach deeper into the network. If you are hedging your bets on which technology to learn about, fiber optics has to be up near the top of the list. That’s why the CommScope Infrastructure Academy now offers the SP4420 Fiber Optic Infrastructure Specialist Course.

Parallel transmission is another way of increasing link speeds, with multiple fibers used to transmit data. Also, devices such as short wavelength lasers and vertical cavity surface emitting lasers (VCSELs), are capable of providing cost-effective gigabit-rate data links over multimode fiber. As network speeds continue to evolve ever higher, these new technologies and approaches will continue to be developed and deployed.

All these topics are discussed in this new course. Are you ready to become an infrastructure specialist?