Is Lunar New Year Getting a Tech Makeover? 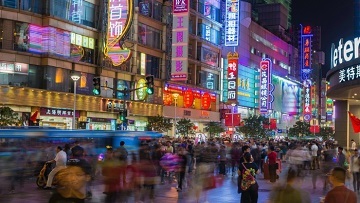 The Lunar New Year, or widely known as the Spring Festival, is one of my favourite festivities. Celebrated for thousands of years, previous Spring Festival traditions involved offering sacrifices to the god of Fortune and ancestors; setting off firecrackers (government permitting); going home for family reunions, wearing new clothes and giving red packets to the younger ones.

The Lunar New Year is celebrated by citizens across Asia, including Indonesia, Japan, Korea, Malaysia, Philippines, Singapore, Taiwan, Thailand and Vietnam; although it is the most significant festival in China.

In China, we’re blurring the lines of tradition with the technology that enables it. For example:

Consumers are addicted to apps like WeChat and Didi, expecting to be able to make purchases and bookings quickly and conveniently. The ever increasing bandwidth requirements due to the number of connected devices and digital services is putting more strains on the network. And in today’s connected society, modern tradition must be powered by high quality network infrastructure.

Despite this, network infrastructure like cabling tends to be out of sight, out of mind and out of the way. As a result, it’s not always recognized publicly for its value, according to a CommScope blog by James Donovan.

Data centre operators must prepare for this growth, ensuring more speed, lower latency, and zero bottlenecks. They can team with CommScope to create a roadmap for investments in fibre or copper cabling which will ultimately help their networks become more efficient and reliable.

Every Lunar New Year starts with a new zodiac sign and 2018 is the Year of the Dog. As the festive season dawns upon us, I wish all our readers good health, good luck and lots of happiness throughout the year.