Is Your Kingdom Ready for 5G? 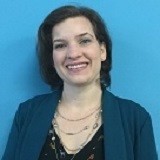 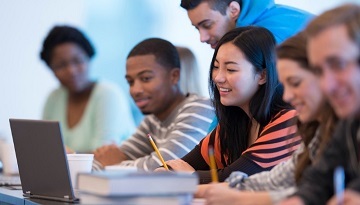 Note: the author is more than a little excited for the return of “Game of Thrones” on April 14 for its final season. Please bear with her.

Once upon a time, there were seven kingdoms who all relied on great network speed and bandwidth to keep their subjects happy and productive. The ever-accommodating service providers listened and said, “Let us bring 5G to all of the kingdoms.” The subjects were overjoyed, but the rulers were troubled. The service providers only delivered service to the gates and not beyond. How do we prepare for the great 5G movement within our kingdom? The number of connected Internet of Things (IoT) devices grew among the subjects daily, and the networks were not prepared to keep up. “We must find a solution from the wisest people in the kingdoms!” said the rulers.

CLICK TO TWEET: 5G is coming! Make sure your campus network is ready. Jennifer Duits explains in this blog.

While this could be a cautionary fairytale we in the industry might tell our kids at bedtime or after binge-watching a series (i.e., Game of Thrones), the challenge is all too real for campus networks. When 5G was announced, it seemed like it was far in the future; however, it is now almost a reality. Although the number of cell towers (not castle towers) needed to provide the speed promised will be implemented in pockets and take time to deploy, 5G will eventually take hold.

If you combine 5G with the ever-growing number of connected devices thanks to IoT, you will get an explosion of consumer expectations for bandwidth and speed. I say “explosion” because we know it is going to be big, and no one can quite predict where it will stop.

Service providers are preparing by installing more cell sites and deploying fiber, but most of their responsibilities stop at the campus network. What happens in-building and in-between buildings is up to the owner of the campus.

Years ago, I worked on a corporate campus that had more than 10,000 people. They were expected to work anywhere on campus. At the time, I carried three connected devices. If most people on campus were like me, then that is more than 30,000 devices on the network. That is not including any IoT devices like printers, thermostats and building security systems. Everything was expected to be connected to run a productive, high functioning corporation.

I apologize if anyone who is planning a campus network just had a panic attack. That was not my intention (or was it?). It is stressful to think about how to fulfill the expectations placed on a campus network, but of course CommScope can help.

Join us for our “Is your Campus Network ready for what’s next?” webinar. It will be held on Wednesday, April 17, 2019 at 11:30 am EDT. The webinar will bring together all the wisest experts in the land to discuss how the demands on a campus network are evolving because of IoT devices and 5G. We will share ideas about where and when you should start to plan for the increase in speed and bandwidth expected by every kingdom’s subjects.

Come and listen to our fiber “small council.” 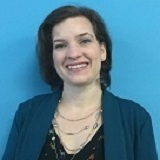 Jennifer Duits is a portfolio marketing manager at CommScope. Ms. Duits is a technical marketing professional with 17 years of experience in the IT and telecom industry. An experienced blog writer with a background in a broad range of technologies from corporate PCs to full data center implementations, she provides a unique insight into the tech industry. Ms. Duits earned her Bachelor of Science degree from St. Cloud State University in Minnesota.