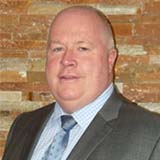 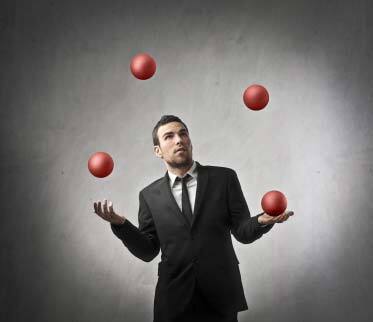 Wireless operator networks are facing unprecedented demands for more and more capacity every day, driven by the services available on smartphones, tablets and laptops. In order to meet these demands, they are looking to newer technologies in both existing and new frequency bands. These days, it seems there are two things a wireless operator cannot get enough of: spectrum and tower space to hang the antennas required for these new services.

Just a couple of years back, wireless operators were installing 2-port (single band), 4-port (dual band) and 6-port (tri-band) antennas whereas today's operators-with one eye on their current requirements and the other eye on the not too distant future-are installing 10-port and 12-port antennas to cover combinations of all bands they plan to use over the coming years.

Not only have multi-band antennas become much more widely deployed but the bandwidth of the antennas has become much broader in order to cover more frequency bands in each array. These days, a state of the art base station antenna will cover from 698MHz to 960MHz on the low band arrays and the ultra broad high band of 1710MHz to 2690 MHz on the high band arrays.

In addition to the need to cater for multiple frequency bands, antennas also need to be suitable for use with newer technologies. For instance, to obtain the optimal benefit of 4x4 MIMO in an LTE system, the antenna arrays should be horizontally spaced. Traditionally, tri-band antennas would incorporate a low band and two high band arrays where the high band arrays were spaced vertically, one directly above the other. Leading edge antennas designed with LTE and 4x4 MIMO in mind will incorporate horizontal spacing of the two high band arrays.

With networks growing and evolving so quickly, another aspect of antenna selection to keep in mind is electrical tilt. Initially, networks were deployed using fixed electrical tilt antennas with some mechanical tilt being employed to fine tune. However it was soon recognized that using variable electrical tilt was a far more effective method that gave better coverage and less interference. Then as networks evolved to a stage where the electrical tilts on antennas were adjusted more frequently, the need to remotely adjust electrical tilts became apparent. Remote electrical tilt (RET) has now become a common requirement for modern base station antennas with leading edge antennas employing RET actuators that are internal to the antenna and hence protected from the elements.

While in the past operators still employed separate RET cables to the antennas, some operators are now utilizing antennas with internal smart bias tees that enable the input of the AISG signal using the antenna RF port. This further minimizes the external components and cables that are required on site.

Another way operators can add capacity to existing cell towers is to convert an existing 3-sector site to a 6-sector site by splitting the cells. This could be done by replacing the existing three 65 degree azimuth antennas with six narrower azimuth beamwidth antennas (38 degree azimuth) and adding three additional radios to the site. However, with many cell towers already so congested, it is difficult to add three additional antennas to the tower. One solution that is becoming more prevalent is for the operator to replace the existing three 65 degree azimuth antennas with three twin beam antennas with each beam covering a 38 degree sector, thus effectively achieving the cell split but maintaining the antenna count on the tower. See this Six Sector Solution brochure (pdf) for more details.

Wireless operators need to explore new and innovative ways of adding new frequencies, technologies and services to existing crowded towers-which solution(s) will work for your network? 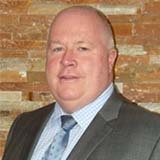 Brendan Millard is the director of wireless sales for Southeast Asia at CommScope. As the business head for the region, he is responsible for leading all customer facing sales activities in South Pacific (Australia & New Zealand) and Southeast Asia (Cambodia, Laos Malaysia, Indonesia, Singapore, Thailand & Vietnam) for the CommScope wireless group.A veteran in the telecom industry, Brendan brings more than 26 years of industry experience, of which 12 years have been spent working throughout Southeast Asia. His extensive experience is backed by a successful track record and relationship with key telecom players in the region.
See all posts by this author