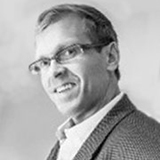 (Note: The following has been submitted as a guest post to CommScope Blogs by Michael Thelander, CEO and founder of Signals Research Group. Opinions and comments provided in this guest post, as with all posts to CommScope Blogs, are that of the author and do not necessarily reflect the views of CommScope.)

I and my colleague at Signals Research Group, Emil Olbrich, find it a bit ironic when we hear speakers at industry events say the next G (as in 5G) is a long ways away, and then they proceed to talk about everything it will offer. We also find it interesting that 4.5G and pre-5G are being used to create even more hype or perhaps to give a vendor/operator a self-proclaimed early advantage. Instead of falling into the same trap, we’d like to remind readers of what LTE and LTE Advanced have yet to offer.

Very few operators have yet to deploy even basic carrier aggregation, especially outside of Asia. Based on our reading of the tea leaves we would anticipate the opportunity to drive test a commercial 3-carrier carrier aggregation network supporting a theoretical peak of 300 Mbps in early 2015. Later in 2015 we believe it is likely there will be a commercial LTE network supporting up to 450 Mbps, depending on spectrum availability. Although it might be a stretch, we might also witness uplink carrier aggregation (up to 100 Mbps) in late 2015, but more likely 2016.

Carrier aggregation can also extend to include the logical combining of FDD and TDD channels, which is important for operators who have an abundance of higher band TDD spectrum and only a marginal amount of lower band FDD spectrum. The TDD spectrum could also be used with supplemental downlink, a carrier aggregation feature which logically combines the unpaired channel with the downlink channel of another set of paired channels.

There is also the dual connectivity feature of carrier aggregation which allows the primary and secondary radio carriers to be located at different physical locations. In other words, the mobile device could be receiving data traffic at 700 MHz (primary) from one cell site and data traffic at 1700 MHz (secondary carrier) from another cell site. With the current implementation of carrier aggregation, the two carriers need to originate from the same location.

Longer term (Release 13), there is LTE-U (also called LAA or License Assisted Access), which is technically dual connectivity with the twist being that the secondary carrier uses unlicensed spectrum. Not to be forgotten, but 3-carrier carrier aggregation is just the starting point with LTE Advanced supporting up to 5 carriers (100 MHz of spectrum).

Today’s LTE networks are limited to 2x2 or 4x2 MIMO – the latter is technically 2x2 MIMO with 4-branch transmit and receive diversity at the cell site. Ironically, Release 8 defines 4x4 MIMO, but it has not yet been commercialized. It is highly likely that 4x4 MIMO will finally get its day in the sun in 2015. With 4x4 MIMO it will be possible to support up to 300 Mbps in a single 20 MHz channel bandwidth. 4x4 MIMO and concurrent carrier aggregation will follow while LTE Advanced could eventually support up to 8x8 MIMO in the downlink and up to 4x4 MIMO in the uplink. In the eyes of the next G crowd 4x4 MIMO may not be massive, but given that it has been standardized but not commercialized for several years, one could conclude that even if massive MIMO makes its way into the next G, it may still take several years for the technology to get deployed in a commercial network.

In addition to higher order single-user MIMO, there exists MU-MIMO (multi-user MIMO) in both the downlink and the uplink. The downlink version requires changes to the chipset while uplink MU-MIMO can leverage legacy LTE chipsets. We are aware of at least a few networks that support uplink MU-MIMO today while the timing of downlink MU-MIMO is not clear to me. MU-MIMO doesn’t help the individual data rates but it does increase overall network efficiency since the network resources (RBs) can be reused concurrently in the same sector as long as there is enough horizontal or vertical separation between the mobile devices.

To the above list we can add other technology enablers, such as HetNet (in large scale) and downlink CoMP (Coordinated Multipoint), which can boost overall network efficiency. There are also several new services, which have not been deployed, let alone standardized, or which have only been deployed on a limited scale. Examples include LTE Broadcast (including the enhancements coming in Release 12), LTE Direct (device to device communications), and enhanced MTC features which allow the LTE network to better manage millions of machine-type-communications involving very modest amounts of data traffic.

Our point in publishing this shopping list of LTE Advanced features is that the industry can’t take its collective eyes off the ball. There is a time and a place for a serious discussion on what follows LTE Advanced, but we’re not convinced that the time is now and it definitely shouldn’t include the litany of engineers who have yet to take full advantage of all the LTE Advanced has to offer. 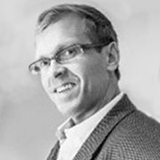 Michael Thelander is the CEO and Founder of Signals Research Group. In his current endeavor he leads a team of industry experts providing technical and operator economics analysis for clients on a global basis. Mr. Thelander is also responsible for the consultancy’s Signals Ahead research product, including its widely acclaimed “Chips and Salsa” series of reports that focus on the wireless IC industry. Learn more: http://www.signalsresearch.com/