Editor’s Note: This is the first installment for our “Meet the RF Experts” series in which contributors to the Understanding the RF Path e-book elaborate on subjects in their areas of expertise.

People familiar with wireless network concepts know that either frequencies or codes are re-used repeatedly throughout the network in order to sustain the enormous amount of voice and data traffic. Operators employ base station antenna pattern control to decrease interference between cells operating on the same frequencies or codes. As the cell sites become denser, the coverage area from each cell must diminish. 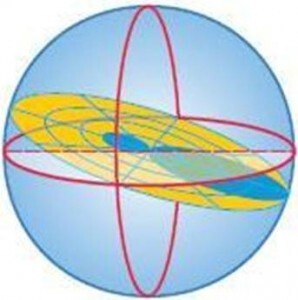 from most antenna vendors. However, this approach has a significant downside since it does not reduce coverage consistently on the horizon over the sector. It reduces coverage more in the bore sight direction and less at other angles away from bore sight, so the result is not a consistent decrease of the cell coverage. CommScope has come up with a quantifiable term for this phenomena—pattern blooming. The degree of acceptable mechanical downtilt is a function of the antenna’s height (aperture), and the tolerable amount of blooming should not exceed 10%.

When travelling, I am often fascinated by the excessive amount of mechanical downtilt used at local cell sites. This technique often generates interference levels that can cause network inefficiencies and result in customer churn.

The preferred method for tilting a sector antenna’s vertical pattern is by using electrical downtilt. This technique leaves the antenna mounted upright and accomplishes the beam tilting by manipulating the electrical phase delivered to each element using phase shifters. The consequent pattern is tilted consistently over the entire 360 degrees, reliably shrinking the coverage area. For electrically downtilted antennas, pattern blooming does not increase regardless of the amount of tilt. 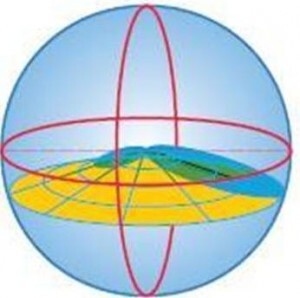 mechanism. This feature will become even more important as next generation technologies such as LTE mature. One concept associated with LTE is the self-organizing network (SON), where the network regularly re-optimizes itself based on demand. Versatile coverage adjustment capabilities such as electrical downtilt are key to the deployment of the SON concept.

You can learn more about electrical downtilt and other features of today’s base station antennas in chapter three of CommScope’s Understanding the RF Path e-book, which I helped author. Use the link to view the online version or request access to a mobile application.

And feel free to ask questions about electrical downtilt in the Comments section below.

Louis Meyer, P.E., is director of technical sales for CommScope Mobility Solutions. Lou has spent a lifetime advancing RF technology, taking it from the drawing board to practical use. Over the years—in various roles with Allen Telecom, Andrew Ltd. and CommScope—Lou has been responsible for supporting the sales teams for such solutions as remote antenna control systems, transmission lines, diplexers and other important components. Prior to joining Allen Telecom, Lou worked with Decibel Products as vice president of Antenna Design and vice president of International OEM Relations. Earlier, Lou worked with Harris Corporation in RF communications and Bendix Corporation in their Missile Systems division. Lou holds 10 patents and was previously chair and vice-chair of the TIA’s TR-8.11 Antenna Standards subcommittee. He earned his Bachelor of Science degree in electrical engineering from Marquette University in Milwaukee, Wisconsin, and is currently a registered professional engineer in the state of Texas.
See all posts by this author