Microchips, Beetles and the Evolution of Your Data Center 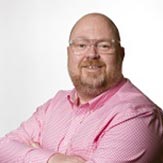 I recently picked up Thomas Friedman’s new book, “Thank You for Being Late: An Optimist’s Guide to Thriving in the Age of Accelerations.” It’s a wonderful take on the challenges and opportunities of adapting to the cataclysmic changes that are reshaping our world – from computers and the cloud to climate change and globalization.

After the introduction, Friedman spends the next 46 pages on Moore’s Law. He observes:

“If you took the first Intel microchip made in 1971 and double its computing power every two years for 50years you would have Intel’s latest microchip, the sixth-generation Intel Core processor. You will see that Intel’s latest chip offers 3,500 times more performance, is 90,000 times more energy efficient, and is about 60,0000 times lower in cost than its ancestor.

Intel engineers did a rough calculation of what would happen had a 1971 Volkswagen Beetle improved at the same rate as microchips did under Moore’s law. These are the numbers: Today, that Beetle would be able to go about 300,000 miles per hour. It would get two million miles per gallon of gas, and it would cost four cents!”

CLICK TO TWEET: Do you want to know what microchips, a VW Bug, and your data center have in common?

Microchips, it turns out, scale beautifully. The Volkswagen Beetle, not so much. What does this have to do with your data center’s infrastructure? Everything. In IT, scalability is a word that is tossed about so often, it loses its edge. But as demand increases for faster links, lower latency and fiber density, it’s important to realize just how multi-faceted—and essential— the concept of scalability is.

Underlying these challenges of constant migration is the importance of having the right strategy, not just the right solutions. At CommScope, we believe it begins with modular design, pre-term connectivity, fiber management and the ability to support high-density deployment and longer links. Our high-speed migration platform is built on these concepts and is constantly evolving as standards and technologies advance.

To see how strategy translates into real world application, take a look at this short video on Strategies for Pre-Term Connectors. You can also check out the replay of the Data Centre Dynamics CommScope webinar – 4 Steps to a Successful High Speed Migration Strategy. 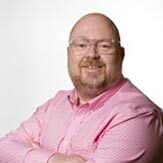