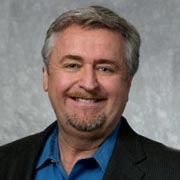 Asia Pacific users lead in mobile traffic consumption. With the popularity of streaming via apps from YouTube, Youku and PPStream, users in the region on average download 1.1 GB of data per month. According to a GSMA study, by 2015 this number will only increase and there will be more than 120 million LTE subscribers in the Asia Pacific region.

Between the leading-edge Asian Tigers of Singapore, Taiwan, Japan, South Korea and the emerging markets of Southeast Asia, China and South Asia, a number of challenges have surfaced for mobile networks in the region.

This leads to issues like spectrum and cell-site scarcity as well as impacts to the speed of network modernization.

One of the bottlenecks developed markets are facing is spectrum scarcity. Telcos have to grapple with limited spectrum bandwidth allocations, even while customers and customer demands continue to increase. This means that more capacity and coverage needs to be created from the existing allocations.

Many building tops are already crowded with cell towers

With the addition of LTE telcos will also find themselves needing to support both older technologies like 2G and 3G, and new technologies like LTE in the same cell sites. The simple solution would be to add more antennas for each frequency or to increase the capacity. However, that means taking up more space on the tower. This calls for the use of multi-beam/multi-band antennas, with which more frequencies and more beams are made possible in a smaller form factor.

In these respects, LTE is a race. Much like a race, LTE deployment needs to be carefully planned. If not, an operator runs the very real risk of being last.

In a recent video, I spoke about the challenges and solutions for network optimization. Watch the video to find out more about solving spectrum scarcity and network modernization.

Join Kevin Linehan, our VP, CTO, Antenna Systems in Singapore on September 23 at LTE Asia Antenna Focus Day where he will share details around Antennas Solutions for Capacity Improvement.

Until then, how do you plan to win the LTE race?