My Déjà Vu with Evaporative Cooling 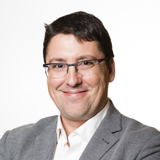 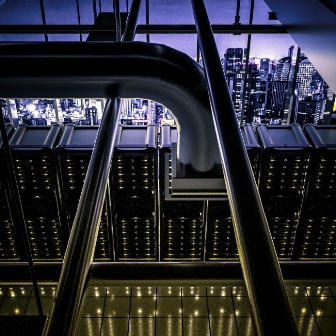 I must admit that the first time I heard that CommScope’s DataCenter on Demand (DCoD) Solution offered a Power Usage Effectiveness PUE of 1.05, I thought it was another marketing bravado (and I work in marketing). A PUE of 1.05 implies an efficiency of more than 95 percent. Not a humble bravado, I’m sure you’ll agree.

To put it another way, PUE measures the energy efficiency, the ratio between the raw power entering the data center and the power that the IT equipment actually needs. A common PUE can measure around 1.5, meaning that one third of the power is wasted in supplementary systems such as cooling. A data center is very demanding on cooling systems because servers, network and storage equipment generate a lot of heat. The recommended operating temperature for those environments should be around 21 degrees Celsius (70 degrees Fahrenheit).

For instance, Google and Microsoft have stated that their data centers have a PUE of 1.2, so they need a power supply 16 percent higher than the actual energy their IT equipment consumes. That’s why I considered the 1.05 PUE implausible, until I reviewed our DCoD’s technical specifications. It turns out that in a majority of configurations, geographies and environments, CommScope’s modular data centers use only evaporative cooling. That’s why I believed the PUE claim.

You may ask what does this have to do with the title of my blog. My father’s dream was that all his four children could have a university degree, and that doesn’t come cheap in any country. So, aside of his “standard” work, he started another business—indoor stockbreeding.

More than 5,000 animals in one place can generate as much heat as room full of servers. If heat accumulates in their environment, then the stock’s productivity is reduced. The animals need to be kept in a cool, comfortable environment, especially during the summer months; however, we had no budget for conventional cooling units.

Nevertheless, my father − who never attended a college − had a knack for mechanics and technical workarounds. I don’t know how he figured out the concept of evaporative cooling (technically adiabatic refrigeration), but he started to test a simple set up of wood shavings with sprinklers above (rubber perforated tubes, nothing sophisticated) to humidify the assembly and standard fans to drive in the refreshed air. It worked perfectly!

With a minor investment, he achieved a 10-degree improvement compared to the outside temperature during the summer months, which can be a scorcher in central Spain. The only recurrent cost was the fans’ consumption, quite low and indispensable with or without cooling. It was essentially a zero-cost solution.

If that rudimentary evaporative cooling was so capable when my father developed it, then the evolved and professional system that the CommScope’s DCoD promotes can explain the very low PUE.

It is a cooling solution that I had seen that before and know first-hand that it works and, in a way, helped pay for my engineering degree.