Outside World Brutal to Electrical Devices 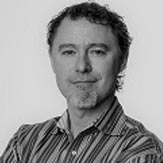 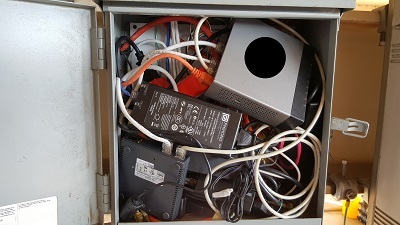 One of the great things about my job is that I get to visit with customers and see how they solve problems. People are so creative! When faced with difficult challenges, tight budgets and short timelines, human beings are marvelous problem solvers. But even genius quick-fixes don’t always produce the most reliable long-term solutions to difficult engineering challenges like deploying network devices in outdoor environments. The outside world, which can include weather, interference or poor design, can truly be brutal on electronics devices.

Case in point: recently a major university in the U.S. called CommScope to help with a network of security cameras in a section of campus causing almost daily problems. When we arrived, 10 of the 38 cameras were down, and the customer had been trying for a week to bring them back up with no success. They told us that was common, and it made the system almost unusable for the police department who needed these cameras to work.

A year or so before, an installer had “made it work” by deploying runs of optical fiber to outdoor cabinets, installed AC power to those cabinets, and attempted to utilize indoor-rated power over Ethernet (PoE) injectors in those cabinets. The temperature range of these indoor devices was insufficient to withstand the heat, cold and sunlight loading on the cabinets. Also, indoor-rated category cable was used in conduits installed in the ground, which had experienced flooding. Indoor cable jackets cannot withstand immersion in water for long periods. The installer had been contracted by the utility department of the university without consulting the IT department. The estimated price tag to pull out all the equipment and replace it was said to be quoted at $325,000.

In another recent situation, a nationally owned power utility company outside the U.S. needed to address their own security camera issues. They had 69 power substations with about 15–30 cameras per substation. They had already deployed the first 595 of these security cameras just two years ago, all using similar custom engineering methods. We were told almost all of them were experiencing regular problems.

Unfortunately, the utility company had to replace all 595 cameras. Again, the outside world defeated custom engineering efforts. AC power in general is often quite “dirty,” in that AC transformers and other sources of electromagnetic interference induce spikes and surges on any copper wires in the vicinity. Any electrical devices on circuits not properly protected will bear the brunt of this energy, causing problems and even potentially burning out the devices in only a short time frame.

CommScope was also called in to help with several outdoor WiFi access points at one of the newer NFL stadiums. All the access points were either down or having problems after only a year. The PoE injection units did not have any environmental sealing as designed from the manufacturer. This system was completely dead, another victim of cruel Mother Nature.

Tell us about your “outside world” experiences and how your networking equipment was impacted. We’re always looking to improve our solutions with you in mind. 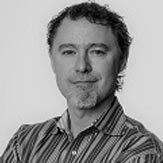 Ryan Chappell is the global Product Line Manager for Powered Fiber Cable Systems at CommScope. He holds a bachelor’s degree in Electrical Engineering and a Master’s degree in Industrial Engineering from North Carolina State University. After a year in analog circuit design he began in the optics industry in 1994 with Alcatel. Over the past 23 years Ryan has held various roles in fiber optics including research and development, engineering, marketing, and sales of optical systems, cable, optical fiber, and cabling materials. He was instrumental in introducing the first “bend insensitive” optical fibers to market in the early 2000’s. Joining Commscope in 2012, he has since been involved in several systems development projects combining the benefits of optical fiber and electrical power systems such as Commscope’s Powered Fiber Cable System.