Riding the train to long-term growth in data centers 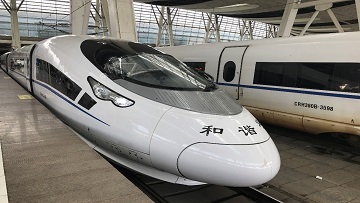 I visited China this summer with my family. We took the high-speed train from Beijing to Shanghai, which went 300 kilometers/hour. A few years ago, I rode a magnetic levitation train in Shanghai with a top speed of 431 kilometers/hour (or 268 miles/hour). Both rides were a wonderful experience, and even though the speed was quite high, the rides were very comfortable.

Today the human-related network traffic – from tablets, PCs, digital TVs and smartphones – takes 96 percent of the global Internet traffic, per Cisco Virtual Network Index (VNI). Human-related network traffic has been the primary driver for data center networking growth. So what else could be the force sustaining the growth of data center networking in the next 10 or even 20 years besides human-generated traffic? The answer is machine to machine (M2M) communications.

Why would M2M be the primary driver for the long-term growth of data center networking given that M2M is expected to take only 4 percent of the global Internet traffic in 2020? First of all, the number of M2M devices (a.k.a. connected things) will be amazingly huge. By 2025, approximately 80 billion devices will be connected to the Internet, according to IDC.

Second, those connected devices or machines will generate an enormous amount of data. IDC forecasts that by 2025, the total amount of digital data will reach 180 zettabytes per year, indicating a 36 percent CAGR (compound annual growth rate) from 4.4 zettabytes in 2013. For example, a smart home may generate 1 gigabyte of data a week. Network World says an autonomous car will churn out 4,000 gigabyte of data per day. Now, I should point out that a large portion of that 180 zettabytes will be generated and consumed locally. They will not need further processing or even storage. However, a good portion of the M2M data will need to be transferred across the internet, further processed and stored in the cloud. This leads to my third point.

The data generated by a human being is limited. Each of us can only consume a limited amount of video time and post limited photos on social media. However, the data traffic generated by M2M communications will be virtually unlimited. The further processing and analysis of M2M data will require scalable compute, storage and networking infrastructure in data centers around the world.