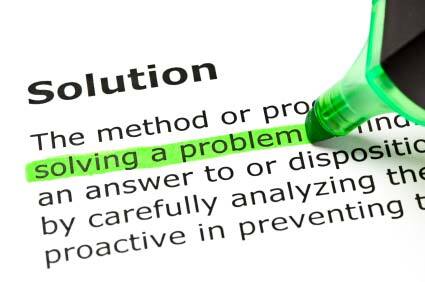 Editor’s Note: This is the last installment of a series in which contributors elaborate on each of the five game-changes featured in CommScope’s latest Global Enterprise Survey.

Software-defined networking (SDN) has been a hot topic in the network world for the past two years. Many folks aren’t aware of what it is, what it can do and its potential benefits. The greatest benefit of SDN is the potential savings on total cost of ownership. The savings are only considered potential because SDN still needs more real cases to prove its full cost-savings capability. The savings potential has generated so much interest that the number of requests I receive to speak or write about SDN is steadily increasing.

To explain how SDN works, we can start with a network device such as a router, switch or firewall. This device makes the decision of handling network traffic on its own. This individual decision-making approach may not be optimal. SDN transforms this traditional, discrete approach to a new holistic approach. SDN is a networking architecture that provides a capability to control or “define” network traffic flows, security policies or network topology by dynamically programming network devices. The programming capability iscentralized and hosted on one or a few standard servers known as an SDN controller. In brief, the SDN controller is the brain of SDN networks. 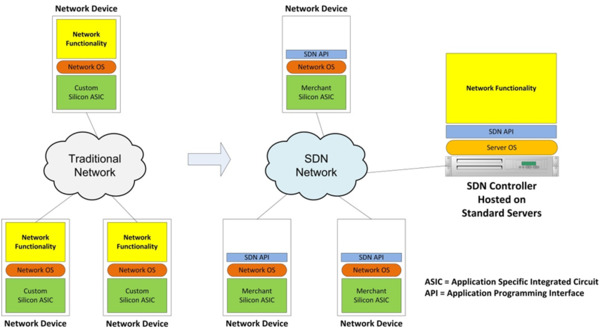 SDN is a recent development and is in its infant stage of the life cycle. Service providers or cloud providers are the early adopters of SDN. These adopters tend to integrate SDN with their cloud, enabling them to better control or shape their networks in a data center or across multiple data centers.

It is my belief that SDN requires a robust physical layer (cabling) infrastructure. Whenever and wherever an SDN controller programs network devices to operate network traffic flows, the underlying connectivity must be available to support the operations. For example, if there is a large volume of data to be transferred across networks, the traditional approach requires the data go through a firewall. However a large volume of data passing through a firewall may significantly increase the workload of the firewall and reduce the responses to other application requests. SDN can solve this problem by looking at the entire network, identifying a path, and creating a secure application to let the data bypass the firewall -this process is known as firewall cut-through. No matter which path SDN identifies to route data flows, the underlying connectivity must be up and available anywhere at any time.

It is important to know that SDN relies heavily on a high-bandwidth and high-performance physical layer (cabling) infrastructure. SDN essentially is network virtualization and a physical network device may be shared by multiple virtual networks. For example, SDN can slice a data center network for multi-tenancy operations. Each slice consumes a portion of the networking resource but is presented logically as a complete, secured and isolated network for individual networking service -an example of a service can be a private, public or hybrid cloud. A high-bandwidth cabling infrastructure is needed to provision the necessary networking capacity shared by multi tenants. A tenant can represent a networking service such as a cloud. The cloud basically is a service and a high-performance cabling infrastructure is needed to guarantee cloud performance specified in the service level agreement. The 10, 40 or even 100 Gigabit Ethernet (GbE) is recommended to build the infrastructure for SND. The 10/40/100 GbE doesn’t only provide high bandwidth but also provides the low latency needed to achieve networking performance excellence.

In the latest CommScope Global Enterprise Survey, 32 percent of respondents indicated that 40GbE and 100GbE would have a significant impact on future operations. So, it makes sense to look at the SDN solution and see how it may work into the IT strategy.

If you have any questions about SDN or how it relates to data center cabling infrastructure, leave a comment below and I will get back to you as soon as I can.