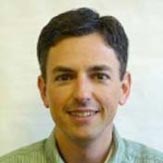 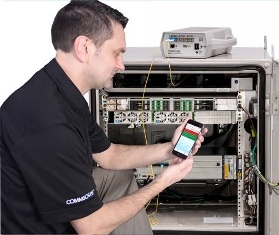 PIM, PIM, PIM—you hear it more and more in the wireless industry. Signal degradation by passive intermodulation (PIM) is an increasing challenge for wireless operators as we push 4G/LTE networks harder, demanding higher speed and performance. PIM has always been around, but the wireless community has become more focused on PIM as its disruptive effect is more pronounced on 4G networks.

The standard method of testing for PIM has traditionally been to generate two 20-watt continuous wave RF tones at known frequencies and measure the PIM energy at the 3rd order intermodulation frequency (IM3). Many vendors make highly sophisticated coaxial PIM testers for performing this testing. 2x20W coaxial PIM testing is extremely beneficial for equipment qualification, vendor comparison, and manufacturing unit testing where you have easy access to the coax connectors and can test in a controlled environment.

But when you strap all of your base station components together out in the field, things become a bit more complicated. Modern 4G base stations typically use a distributed eNodeB architecture moving coaxial connector access up to the top of the tower. Coax-based PIM testing requires a tower climb and becomes costly and dangerous. Plus, standard coax PIM testing in a field environment may actually result in test outcomes that indicate a failure, but are based on a test setup that is not indicative of actual base station performance.

CommScope proposes the concept of smart testing for identifying the “real PIM” that is directly impacting your base station performance. Identifying real PIM gives you the option of investing in correcting the PIM that is degrading performance first. Smart testing minimizes the investment you put into identifying and addressing PIM and maximizes the return you get from correcting it.

Smart PIM testing in the field is composed of two core techniques:

Be smart and test for real PIM by including the actual base station configuration in the test.

Last year CommScope introduced the Optical PIM Tester, a revolutionary new solution for PIM testing. The Optical PIM Tester (OPT) enables a single technician to connect directly to the base band unit (BBU) at the base of the tower and perform an active PIM test over the Common Public Radio Interface (CPRI) of the tower top RF equipment. This solution facilitates PIM testing with no tower climbing, no disassembling of coaxial cables and uses the base station’s actual RRH’s, thereby matching its frequency plan and transmit power.

The OPT utilizes the same two-tone active test technique used by coax PIM testers, injecting signals into the downlink path and searching for PIM products in the uplink path. The OPT, however, knows where to search by calculating the lowest possible order PIM product present in the uplink bandwidth and only testing for network affecting in-band or cross-band PIM that directly impacts the operator’s network. That’s what we call smart testing for real PIM.

We’ll be demonstrating our Optical PIM Tester to select customers at Mobile World Congress 2016 (Hall 2, Stand 2J30) and NATE UNITE 2016 (Booth 227). Stop by and check out this revolutionary solution. If you have any questions, leave me a comment. 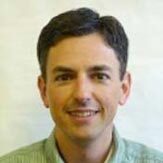 Andrew Beck is the director of SAS Operations for the CommScope CBRS team. He is responsible for leading the team responsible for the CommScope SAS and ESC network providing a carrier grade system and first class customer support. Andrew has spent most of his career in R&D roles, developing products for the wireless industry for over 25 years, working for Raytheon and Andrew Corporation before joining CommScope. He is listed as an inventor on over 20 patents.  Andrew earned both bachelor of science and master of science degrees in electrical engineering from Old Dominion University in Norfolk, Virginia.