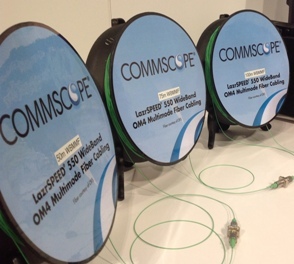 It boggles my mind how quickly technology moves, and how rapidly things that were once a part of our everyday lives have become obsolete.

Some people today approach things that my generation grew up with, such as a rotary phone, with the same perplexity as we would have looked at a tool from the Bronze Age. What is the cause of this accelerating pace of obsolescence?

Moore’s Law states that processing power in integrated circuits doubles every two years; which is why it is widely cited as the reason behind the rapidly evolving pace of technology. The driving force of evolution for electronics is to become faster, more capable and less expensive. Other technologies don’t get quite as much of the spotlight as integrated circuits, but they have also made significant contributions to the rapid rate of change. Fiber-optic technology is a perfect example.

Fiber helps make it possible to move incredible amounts of information around the globe at increasingly lower costs. Optical fiber, along with the equipment it interconnects, helps to make bandwidth affordable and accessible. Without fiber optics, the internet as we know it would simply not be possible.

Even though fiber optic communication systems were first deployed nearly 40 years ago, innovations continue to be made to increase bandwidth while minimizing costs. Data centers, which increasingly rely on fiber to connect servers, switches and storage, have moved beyond 10 gigabit per second (Gb/s) fiber connectivity. 40 Gb/s and 100 Gb/s interconnects are becoming commonplace and standards are now being set to achieve 400 Gb/s transmission. To accommodate this bandwidth trajectory, new fiber technology is being developed that significantly increases bandwidth while maintaining backward compatibility with existing fiber and applications.

CommScope provided LazrSPEED® 550 WideBand fiber cabling for a technology demonstration with Finisar at the OFC 2015 conference. Four wavelengths at 25 Gb per second (Gb/s) were combined together and transmitted over the LazrSPEED 550 WideBand fiber, meaning that 100 Gb/s Ethernet traffic could be sent and received over just two fibers for distances significantly exceeding those of conventional fibers. The current standard for 100 Gb/s Ethernet over multimode, known as 100GBASE-SR4, requires eight fibers. This technology allows a fourfold reduction in the number of fibers, thus extending the two-fiber application space from 25 Gb/s to 100Gb/s.

It still amazes me how fast technology evolves. The way I feel when thinking about how far technology has evolved since the rotary phone I used to own many years ago is the same feeling I get when seeing new generations of fiber optic technology arrive on the market.

In the video below, Rich Baca discusses the LazrSPEED 550 Wideband demonstration at the OFC show.