The Art Of The Overlay

Wireless operators face the challenge of modernizing their mobile networks to support the unprecedented increase in data traffic coming from Internet-enabled mobile devices. 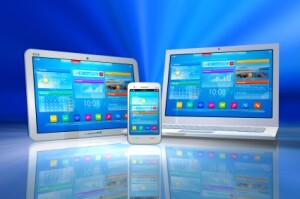 For infrastructure vendors, upgrades in the radio access network to enable higher data capacity often have two common requirements that are conflicting. There is a need for supporting multiple standard platforms to support the next generations of wireless technologies. But there is also a need to limit significant changes to tower and antenna configurations because there are strict permit restrictions in most developed markets. It has become increasingly important to develop solutions that allow for the combination of multiple transmitting standards that use the same existing towers and antennas for a combined multi-standard radio network.

Many operators in need of expanding their capacity for data and voice signal transmission must plan the roll out of a new network in 3G or 4G technologies, overlaid to the existing 2G network. Two basic solutions are generally used in such RF co-siting, which is the sharing of a common cable line (generally comprised of jumpers, a long feeder line, and an optional master head amplifier) and a base station antenna.

The first solution—hybrid combiners (based on 3 dB hybrid couplers)—is conceptually very simple, but their main limitation is poor efficiency because they introduce at least 3 dB of insertion loss. Consequently hybrid combiners lose more than 50% of the transmitted power.

The second solution—filter combiners—has different challenges, which very often make their usage unpractical. These include:

The CommScope Low Loss Combiner is one solution to the limitations inherent in both hybrid combiners and filter combiners. This product uses an optimized subsystem comprised of a Constant Impedance Bandpass filter configuration to provide the isolation required between different transceiver inputs. It does so without introducing excessive group delay distortion and with a cascade of notch filters designed adopting the “extracted poles” technique to provide very sharp roll off attenuations with a limited number of poles. Basically, the Low Loss Combiner successfully addresses the problem of combining two transceivers—such as a 3G Node B and a 2G GSM BTS—operating in the same portion of RF spectrum.

What other combining solutions are working for you out in the field?

Giuseppe Resnati is the director of research and development for filter and combiner solutions at CommScope Italy. He has overall responsibility for drafting, prototyping and test engineering in these product lines. Previously, Giuseppe worked as project manager for the design team, focused particularly on defining the system requirements of OEM and base station manufacturers. He has almost 25 years experience in R&D and product design for telecom products including antennas and amplifiers. Giuseppe holds three patents. He earned a doctoral degree in physics from the University of Milan.
See all posts by this author