The Evolution of the Data Center to the Edge 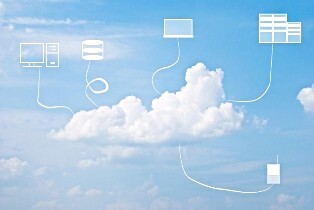 My first encounter with a data center was a trip down to the basement of our office building, where the DEC PDP-11 sat ensconced behind a big glass wall: a mass of tape drives, processors and peripherals that was connected to the dumb terminals sitting back in our offices. I further date myself by adding that it accepted punch cards.

Not too long after the PDP-11 was retired, all kinds of crazy things started happening. Servers appeared in lab rooms, dedicated to specific projects. Some departments had their own IT networks. In many cases, companies had no idea about how many IT assets they had, and where they were located.

A great example of this is the US government’s Federal Data Center Consolidation Initiative, (which has since been updated by the Data Center Optimization Initiative). When this initiative started in 2010 with the objective of reducing the number of data centers by 40 percent by the year 2015, the initial tally of data centers stood at 2,094. At the end of 2015, the estimated number stood at 11,700, an increase of 459 percent instead of a reduction of 40 percent. This increase was due to new builds as well as an expanded definition of a data center that counts servers and telecom closets as small as 100 ft2. It’s estimated that more than 70 percent of these are server closets.

The federal government was not alone in the efforts to consolidate; many companies also had data center sprawl due to expansion, acquisitions and in many cases, lack of management of IT assets. There are many cases of massive consolidation, such as HP’s initiative to move from 85 data centers down to 6 massive data centers, saving $1 billion in the process. Similarly, with the advent of what were initially centralized cloud data centers built in areas where power was cheap and available; it appeared that the pendulum had swung back to the centralized model for good.

This may have been the case if it hadn’t been for the sustained growth in bandwidth, ever increasing mobile networks and the development of new applications that require low latency. These trends lead to the emergence of edge networks and the need for edge data centers. While centralized data centers can help reduce costs, they also drive up latency, which can severely degrade time-sensitive applications like 4K video, gaming and augmented reality. Similarly, transport costs can be significantly reduced by deploying and edge data center with local content, rather than pay to transport it from a centralized data center. And finally, with the onslaught of devices that make up the internet of things, processing must be done in real-time to truly reap the benefits of the IoT. This can be accomplished with an edge data center.

And while data center consolidation will continue based on the savings around combining disparate facilities, edge data centers will also be built: in existing central offices, in collocation data centers and in other locations closer to end users.

The data center continues to evolve, and it is likely that future phases will follow.

If you are attending Datacloud Europe 2016, June 8-9, in Monaco, you can see more data center solutions from CommScope at booth 63.