The PartnerPRO Network is Expanding 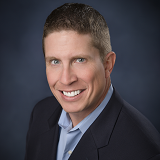 Our partners are vital to CommScope’s success. They help CommScope strengthen its position in the global network infrastructure market, especially in the enterprise market. Our global customers have come to rely on the PartnerPRO Network as a standard for quality, reliability and consistency.

Following our acquisition of TE Connectivity’s Broadband Network Solutions (BNS) business (telecom, enterprise and wireless) last year, we are inviting select partners who use the BNS Network Design & Installation (ND&I) program to join the PartnerPRO Network. These are partners that currently offer the AMP NETCONNECT, KRONE and ADC brands.

This is an exciting time for the PartnerPRO Network. In this video, I explain the integration, the benefits and what customers should expect, and how long this process will take.

Stephen Kowal is the senior vice president of global enterprise sales at CommScope. He leads a team that is responsible for the promotion and sale of CommScope solutions to enterprise customers around the world, Mr. Kowal was named to this role in July of 2017. The team he leads has direct representation in 54 countries and indirect representation via channel partners in 159 countries. The enterprise team at CommScope focuses on complete network infrastructure solutions, wired and wireless, for intelligent buildings, large public venues, and data centers.

Mr. Kowal previously served as senior vice president of CommScope’s global partner organization where he was responsible for growing CommScope revenue by recruiting, developing and managing traditional Channel Partners (Distributors, Installers, and Consultants) and by expanding CommScope’s Partner Network by engaging with new types of Partners, Influencers and Alliances.

Mr. Kowal began his career with CommScope in 1998 when he joined Lucent Technologies as a Territory Sales Manager. Since then he has held strategic roles in Sales and Sales Management. Under Avaya he was the National Account Manager for Avaya’s largest Business Partners in the North America Region (NAR). Additionally, under Avaya and then CommScope he has held the positions of Global Account Manager and Global Customer Solutions Director of Sales North America.  In 2007 he was relocated to Europe where he lived in the Netherlands then the United Kingdom as the Global Client Director of Global Customer Solutions.  In this role, he was responsible for developing, driving and implementing the CommScope Global Customer Solutions strategy in Europe, the Middle East and Africa.

Mr. Kowal holds a Masters of Business Administration focused on Global Leadership and a Bachelor of Science Degree in Business with a minor in International Business.  He has almost 30 years of industry experience.  Prior to joining CommScope he held Network Engineering roles at Intel and American Express.