CommScope Definitions: What is Blockchain? 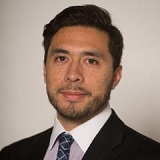 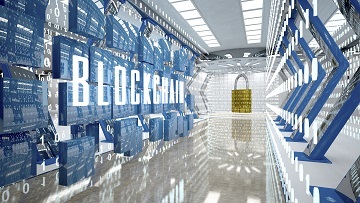 Blockchain is a technology that builds trust by making transactions decentralized, unchangeable, encoded, consensual and verifiable. It can be applied whenever an exchange of information needs to be recorded and verified.

Picture an unknown person who is offering a copy of “The Scream” by Edvard Munch (valued: $119 million in 2012) for $100. This person claims that the painting belonged to her grandma in Norway. You know that multiple versions were painted and some of them are lost or owned by museums. You have the $100 and certainly don’t want to let this opportunity pass.

What would you do?

If blockchain technology is fully implemented, you just need to ask for the blockchain record. This digital file will give you all the information without third-party verification, and you can be certain the piece of art you are buying is an original version.

Here’s how it works

Decentralized: The blockchain information is widely distributed across the network. This means that the ledger is stored in several machines with the exact same information. In our imaginary example, the proof of ownership would be stored in several data centers; if one is lost in a fire, there are several more perfectly kept copies.

Unchangeable: The transactions made are stored in an organized matter, then grouped and compressed which creates a block of information. As the ledger expands with more transactions, each block is connected using a piece (hash) of the previous block, in a chained way, resulting in a blockchain. This characteristic safeguards the data because altering one parameter would change the blocks historical flow and thus would break the chain. Therefore, the blockchain only allows new entries and under no circumstances can the past information be modified.

Consensual, Encoded and Verifiable: Now we know that the blockchain technology is distributed across the nodes of the network and that the information that it contains is unchangeable. Then, how is a block joined to the chain? To add a block, it is necessary that it contains a piece (hash) of the last transaction made and that the block successfully passed a cryptographic puzzle. This cryptography was pre-established by the creator of the chain and is surveilled by the network of machines. If Munch’s art was stolen, the burglar can’t claim its ownership if he doesn’t have access to the last transaction made, and he is not authorized by the network that safeguards the ledger. The consensual algorithm is a cryptographic validation tool present in each node. When a new block is going to be added, each node will approve or disapprove automatically the inclusion based on the consensus of the tool. Once the verification is done and approved by each node, the block is attached to the blockchain.

Being able to conduct trustworthy transactions carries a huge value for doing business. It eliminates the need for a costly third-party verification and improves the speed of processes. From securing our chats and personal identity, verifying and tracking the proof of origin of our groceries, to “Smart Contracts” where automated agreements trigger payments without human or government interaction, for example, securely buying a house on internet.

Blockchain technology has the potential to improve the way we securely store information, while building trust amongst each other. So, how about that painting? Buy it and quit your day job! 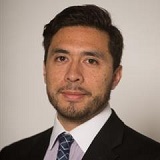 Ivar Duran supports the company strategy development of access networks, enterprises and data centers. Ivar follows top technology and market trends, such as industry 4.0, big data, digital transformation, artificial intelligence and blockchain. Ivar holds a master’s degree in Industrial Engineering and an MBA from Vlerick Business School in Belgium. Prior to joining CommScope he worked as a project manager for oil and gas civil operations.