“The CommScope team is excited to return to the public market with industry leading wireless, enterprise and broadband solutions addressing the growing global need for bandwidth,” said President and Chief Executive Officer Eddie Edwards. “While it has been less than three years since our company was last public, much has changed.

“Popular devices like tablets and smart phones as well as the impact of BYOD have created the need for a mobile Internet. Operators are deploying more cell sites and new technologies globally to meet this demand. We believe we are in the early innings of a long-term, global growth cycle in LTE, which includes coverage, capacity, optimization, small cell Distributed Antenna System (DAS) solutions, backhaul and seamless in-building cellular.

“We also continue to see demand for our Enterprise connectivity and data center solutions as advanced applications, network intelligence and cloud services are adopted by corporate and retail consumers. CommScope’s next generation of wireless, enterprise and broadband solutions help customers connect to critical voice, data, entertainment and business services, and we believe our industry leading position provides long-term growth opportunities.”

Overall, third-quarter 2013 net sales were stable year over year excluding the impact of foreign exchange rates, which negatively affected net sales by $5 million. Orders booked in the third quarter of 2013 were $881 million, up 7 percent year over year. Orders were up across all three segments year over year.

Enterprise segment net sales were essentially unchanged year over year at $212 million. While video and data-rich applications continue to drive the need for additional bandwidth in buildings and advanced data centers, corporate IT investment is more cautious in an uncertain economic environment. The company remains optimistic about its long-term Enterprise opportunities. CommScope’s believes that its comprehensive connectivity and data center solutions combined with in-building cellular and intelligent lighting solutions uniquely position it to benefit from growth as IT investment improves. Enterprise adjusted operating income decreased 19 percent year over year to $42 million, or 20 percent of net sales.

The company plans to close its Joliet, Illinois manufacturing operation and shift the production to existing facilities in North Carolina and to third party suppliers in an effort to improve North American factory utilization. This action will impact approximately 200 employees and result in non-cash, asset impairment charges of up to $10 million and cash restructuring charges of approximately $15 million. Through these actions, the company expects $8 million to $10 million of annualized cost savings.

Income tax expense in the quarter was $32 million. The GAAP income tax rate for the quarter was 74 percent while the tax rate on adjusted pretax income was 45 percent. The adjusted effective tax rate was unusually high due primarily to losses in foreign jurisdictions where the company did not recognize tax benefits. The company continues to expect its long-term, adjusted tax rate to be in the 35 to 36 percent range.

On October 30, 2013, the company completed an initial public offering (IPO) of its common stock. The company issued 30.8 million shares of common stock and funds affiliated with The Carlyle Group (Carlyle) sold 7.7 million shares, reducing the Carlyle funds’ ownership to approximately 77.9 percent. The company raised approximately $433 million, net of transaction costs from the IPO. The company intends to use the proceeds from the IPO, plus cash on hand, to redeem $400 million of its 8.25% senior notes, plus pay a redemption premium and accrued interest, during the fourth quarter of 2013. Also in October 2013, the company paid Carlyle a fee of approximately $20 million to terminate its management agreement.

As previously announced, the company will host an 8:00 a.m. EST conference call today in which management will discuss third quarter results, outlook and trends. Internet users can access the company’s presentation materials and live, “listen only” webcast at http://ir.commscope.com.

CommScope (NASDAQ: COMM, www.commscope.com) has played a role in virtually all the world’s best communication networks. We create the infrastructure that connects people and technologies through every evolution. Our portfolio of end-to-end solutions includes critical infrastructure our customers need to build high-performing wired and wireless networks. As much as technology changes, our goal remains the same: to help our customers create, innovate, design, and build faster and better. We’ll never stop connecting and evolving networks for the business of life at home, at work, and on the go.

This Press Release and any other oral or written statements made by us or on our behalf may include forward-looking statements which reflect our current views with respect to future events and financial performance. These forward-looking statements are identified by their use of such terms and phrases as “intend,” “goal,” “estimate,” “expect,” “project,” “projections,” “plans,” “anticipate,” “should,” “designed to,” “foreseeable future,” “believe,” “think,” “scheduled,” “outlook,” “guidance” and similar expressions. This list of indicative terms and phrases is not intended to be all-inclusive. These statements are subject to various risks and uncertainties, many of which are outside our control, including, without limitation, continued global economic weakness and uncertainties and disruption in the credit and financial markets; changes in cost and availability of key raw materials and manufactured parts and the potential effect on customer pricing; delays or challenges related to removing, transporting or reinstalling manufacturing equipment; the ability to retain qualified employees; customer demand for our products and the ability to maintain existing business alliances with key customers or distributors; competitive pricing and acceptance of products; industry competition and the ability to retain customers through product innovation; concentration of sales among a limited number of customers or distributors; customer bankruptcy; the risk that internal production capacity and that of contract manufacturers may be insufficient to meet customer demand or quality standards for our products; the risk that customers might cancel orders placed or that orders currently placed may affect order levels in the future; continuing consolidation among customers; possible production disruption due to supplier or contract manufacturer bankruptcy, reorganization, restructuring or manufacturing disruption; successful ongoing operation of our vertical integration activities; the possibility of further restructuring actions; possible future impairment charges for fixed or intangible assets, including goodwill; increased obligations under employee benefit plans; significant international operations and the impact of variability in foreign exchange rates; ability to fully realize anticipated benefits from prior or future acquisitions or equity investments; substantial indebtedness and maintaining compliance with debt covenants; income tax rate variability and ability to recover amounts recorded as value added tax receivables; changes in tax laws or regulations; product performance issues and associated warranty claims; ability to successfully implement major systems initiatives and maintain critical information systems; our ability to recover on a timely basis from natural or man-made disasters or other disruptions, including data or network security breaches; realignment of global manufacturing capacity; cost of protecting or defending intellectual property; ability to obtain capital on commercially reasonable terms; adequacy and availability of insurance; costs and challenges of compliance with domestic and foreign environmental laws and the effects of climate change; fluctuations in interest rates; the ability to achieve expected sales growth and earnings goals; the outcome of pending and future litigation and proceedings; changes in U.S. tax, health care and other major laws or regulations; authoritative changes in generally accepted accounting principles by standard-setting bodies; political instability; regulatory changes affecting us or the industries we serve; and any statements of belief and any statements of assumptions underlying any of the foregoing. These and other factors are discussed in greater detail in our Registration Statement on Form S-1. Although the information contained in this Press Release represents our best judgment at the date of this release based on information currently available and reasonable assumptions, we can give no assurance that the expectations will be attained or that any deviation will not be material. We are not undertaking any duty or obligation to update these statements as a result of actual results, new information, future events or otherwise. 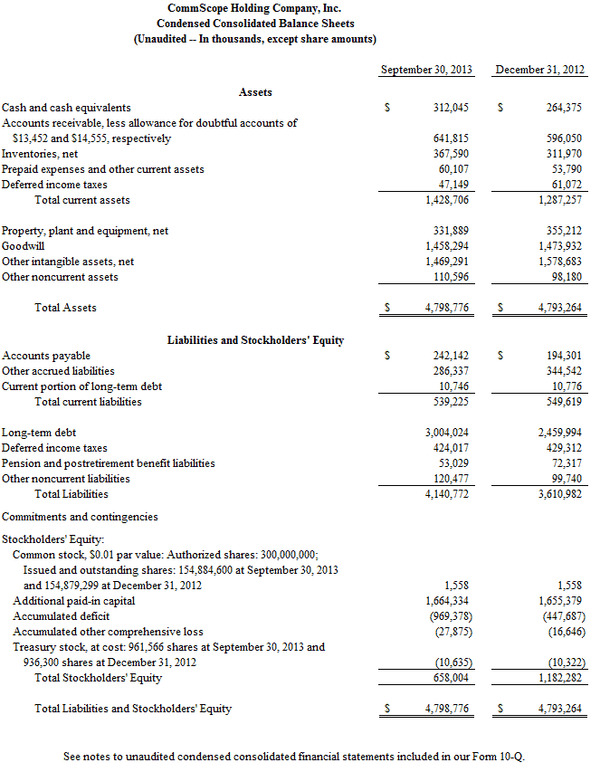 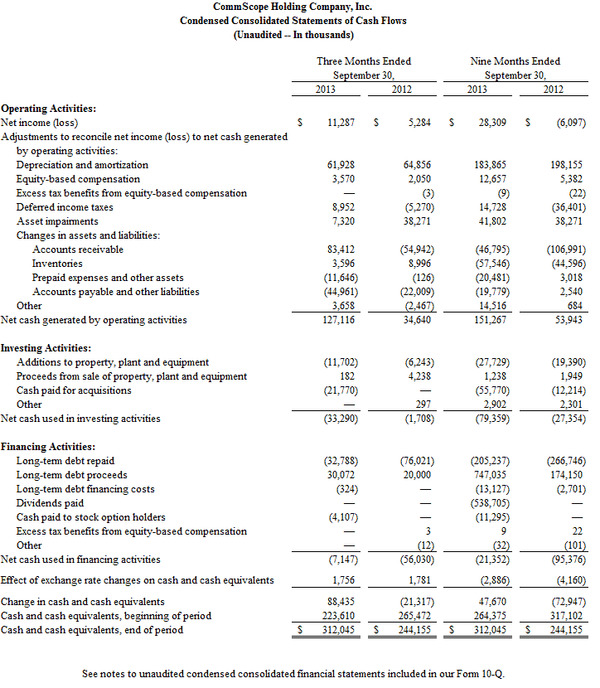