By: Laurie Falconer, Director of Integrated Communications On Friday, Ruckus Wireless Business Unit CEO Selina Lo was in Washington, D.C. speaking alongside White House administrators and industry leaders at an event marking the launch of the Advanced Wireless Industry Consortium, a $400 million initiative announced by the Obama Administration and led by the National Science Foundation. In addition to Selina, speakers included FCC Chairman Tom Wheeler, Director of the Office of Science and Technology Policy Dr. John P. Holdren, National Science Foundation Assistant Director Dr. Jim Kurose and US Ignite Executive Director William Wallace. While the event did not require a 24-hour filibuster, Selina spoke about the importance of public/private partnerships to provide city- and community-wide technology to improve citizens’ lives, not to mention business. Selina talked about the smart city installations Ruckus is involved in, including those in San Jose, Paris, Hamburg, Singapore, Ghandinagar (India) and Tshwane (South Africa), and how Wi-Fi is an affordable public wireless technology capable of operating at speeds of up to a gigabit per second. 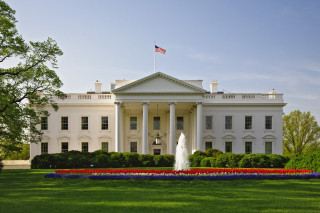 Highlighting the biggest challenge as dependability (or lack thereof) in radio-frequency challenged environments, which characterize most urban communities, Selina shared the history of Ruckus aggressively going after this problem. Ruckus’ innovation in adaptive antenna technology has allowed the company to deliver optimum coverage and throughput in RF-challenged locations throughout the world. These include smart city deployments which are government funded, but increasingly, bankrolled by public/private partnerships. Governments may provide right-of-way and power in exchange for giving their citizens and visitors free Wi-Fi access, while private enterprises might supply fiber, hardware, software and services in exchange for marketing promotion, analytics or the opportunity to sell other chargeable services. The ecosystem for the smart city industry is vast, including governments and policy makers, service providers, system integrators, applications developers, street furniture suppliers and owners, advertising companies, analytics companies, so on. Highlighting that the work the NSF and US Ignite are doing will greatly ease the twists and turns for smart city researchers and entrepreneurs, Selina said, “I have personally benefitted from great research from our universities, access to venture capital, a vast network of people with experience and expertise I can draw on, as well as an ecosystem of companies that I can partner with. Along with federal R&D investment, our government’s innovative spectrum policy to provide more unlicensed spectrum access, and its support of programs such as US Ignite, will further fuel innovation and create new opportunities for entrepreneurs that dare to change our communities, our cities and our world.”

Service providers must explore how they can deliver many services and solutions to enhance their customers’ connected lives. In this blog, Navneeth Kannan explains how CommScope can not only deliver every aspect of the connected home but also simplify the service providers’ complex network.