An Internship Filled with Tacos, Acronyms and Testing 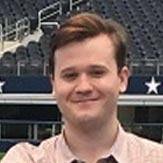 This is part of a blog series from CommScope interns. The series will share experiences from students as they apply classroom learnings to real-world challenges in the workplace.

My journey with CommScope began one day in February as I was surfing Southern Methodist University’s job portal and stumbled across a position for a component engineering intern. I was drawn to the position because the job description shared traits with experience I had at my previous summer job. The major aspect that led me to apply was the industry itself. In my experience at job fairs and other professional networking events; the telecom industry had never been brought to my attention.

I was surprised that a large company in an industry as widespread as telecom had multiple offices just up the highway from my school and I had not heard of it until that moment. Multiple interviews and a round of final exams later, I headed up Highway 75 to start my new adventure at CommScope.

The first day came and I thought I was prepared. I had my paperwork in hand and left home in plenty of time. I arrived early and nervously waited in the lobby. The receptionist was checking in my fellow intern Anna. When I approached the desk and told her my name, she gave me a puzzled look and said that she didn't have a record that I was coming. I thought it was odd but she led us both upstairs to the conference room where we would have our orientation.

We get settled in and I begin eating one of the breakfast tacos provided. As I finished the taco, I get news that made it hit my stomach like a rock. I'm at the wrong building! CommScope has two locations in Richardson about ten minutes away from each other and I went to the wrong one. Flustered, I rushed over to the other location kicking myself for fumbling the first and most fundamental task -- getting to your job.

When I arrived, my anxious, self-frustration was put to ease as they assured me that it's a common mix up. I filled in among the group to finish the orientation -- politely declining a taco since I already one.

The rest of the day went more according to plan, which included meeting with my manager to discuss the scope of the summer, getting the lay of the land through an extensive tour of the facility, and setting up my workspace. I was introduced to the other members of the Component Group I would be working with and was given my first task right away. By the end of the day I was already settling into my role, looking ahead to the rest of my summer. 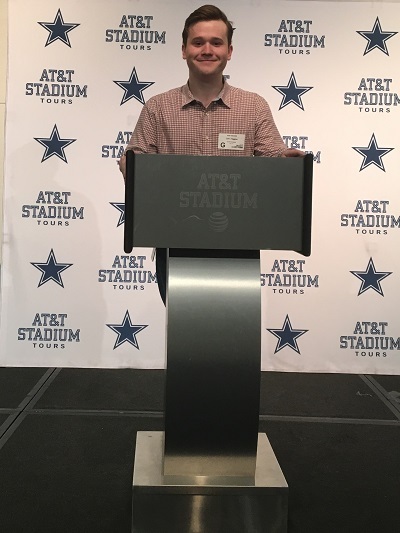 When I first sat down to talk with my manager about both of our expectations for my internship this summer, he reinforced that his goal was to “get me exposed to as much as possible.”

Looking back, I'm confident that goal was met. As I said, the telecom industry and its intricacies were entirely new to me. The first couple weeks were filled with frequent note taking as I attempted to commit every term, acronym, and piece of jargon to memory and keep them all straight. As I gained a foothold, my day-to-day time was divided into three main categories.

The first was the common hardware library. It was here that I got a chance to work on the system CommScope uses to organize and supply information on all the hardware it uses across the company. It was through my work on this project that I was first introduced to the nature of the Component group and the ways it works to support all the various business units within the company and bring them all under a CommScope corporate standard.

The next project was creating best practice documents and design guidelines. These documents are created by the Component Group as informational tools for designing and using various commodities. The goal of these documents is to standardize design and dimensioning standards within the various engineering groups.

Working on these documents, I got exposure to the manufacturing processes for various commodities. I also became aware of the rigorous qualification and testing processes employed by CommScope for every new material and component introduced.

The other major aspect of my time at CommScope was working in the reliability lab. Here I got hands on experience working with the products CommScope produces. I helped in the Ongoing Reliability Testing or ORT. It is a system CommScope employs to test and monitor the manufacturing and assembly standards of its long-term products. It was here that I was able to connect the high-level guideline work that I was doing upstairs with the component group, to the tangible application.

Working in the reliability lab was part of my goal to get more exposure to everything in CommScope. I expressed interest in getting more hands-on experience while I was there for the summer and my manager made it happen. I had a great opportunity to learn as much as I wanted. Working at CommScope, things were always kept interesting. Any time I told them I didn't have enough to do or wanted to explore new things, my team was happy to accommodate. I had a unique environment where I feel I got to grow in my technical knowledge and as a person.

As my summer drew to a close, my sights were set on the final presentation. This would be the time where I could share all I had learned and contributed to CommScope. This was intimidating enough on its own, but especially because it would be in front of the senior leadership in the company. My partner and I worked through our presentation several times.

The most important thing I got from this presentation was through the practice. As we worked to refine our presentation, I was connecting the dots from all the experiences I had over the summer. I developed a picture of my time at CommScope and saw how much I had grown in those short twelve weeks. I am grateful to CommScope for giving me the opportunity to gain knowledge and experiences that I will carry into my professional career.

Jack Higgins is in his senior year at Southern Methodist University studying mechanical engineering and math. Born and raised in southern California, he developed a desire to pursue engineering through working in the family business of audio/visual systems design. Outside of class, he devotes his time to mentoring a robotics team for the freshman design course at SMU, as well as being heavily involved in planning SMU’s homecoming for the past few years.

What is the connection between 5G beamforming antennas and Transformers? Read this blog from Mohamed Nadder Hamdy to find out.