Driving into the Future: Data Centers in 2018 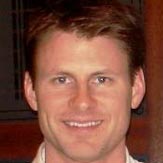 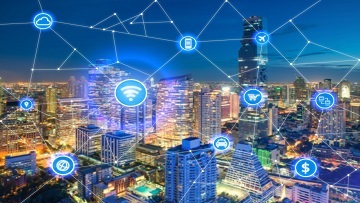 Even with all the coffee or energy drinks in the world, humans require sleep. Doctors suggest a good seven to eight hours a night for optimum performance. But machines don’t have the same restrictions. No rest is required, no holidays. They are generally on 24/7. And that means they are sensing, analyzing and transmitting data 24/7.

Put another way: there are more than 7 billion people in the world. Each of those people, on average, has five connected devices. There are literally billions of machines around the world to keep those devices running. Quite frankly, those machines need to run 24/7 to keep up with demand. That is the stuff of machine-to-machine dreams.

Clearly, the devices outnumber people. When all of those devices and computers start talking to each other, that creates an extreme amount of stress on any network. In 2018 and beyond, we see this stress getting only more profound. Not only that, but it’s also a growing worldwide market. IDC predicts the market could reach $7 trillion by 2020.

Looking to the immediate future in 2018, we see data centers affected in the following three ways when it comes to machine-to-machine communication:

It’s a machine learning example used repeatedly…but it’s a good one. Self-driving cars are becoming a reality with the pilot project in Pittsburgh. Backed by a strong network and an array of sensors, the cars ideally process data much quicker than any human could.

However, machines - no matter how sophisticated - are only as good as their algorithms and programming. They are vulnerable to manipulation (hacking) by humans or perhaps even other machines. In fact, Gartner predicts that by 2022, most people in mature economies will consume more false information than true information. It even goes as far to say that false information will “fuel a major financial fraud.” With more devices than people in the world, it’s fair to say that we become more vulnerable to hackers and data thieves. There are certainly data privacy concerns. There’s a school of thought that believes machines will take over jobs that humans could at one time only do. However, the same Gartner report suggests that machine learning will create 2.3 million jobs by 2020 while eliminating only 1.8 million jobs. There are still plenty of jobs for us humans, though they may certainly be different than what we are doing today.

And there will also be problems. The world will not run on robots alone anytime soon. Machine-to-machine technology requires a change in mindset, giving up control. There will be problems, and it certainly won’t be perfect. But it’s a huge step forward in this “fourth industrial revolution.” It’s a great time to be part of this ever-growing industry, and CommScope is ready for 2018 and beyond. 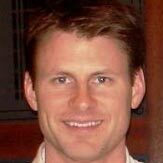 John Schmidt is the leader of CommScope’s Global Data Center Solutions Group where he leads a team of Solution Architects and Data Center Segment Leads.  He has over 20 years of experience in the networking industry having held various positions in Design Engineering, Product Management, Business Development, and Sales Leadership.  John began his career with ADC Telecommunications which was acquired by Tyco Electronics and subsequently CommScope.   During his career John has acquired over 18 patents for telecommunications and networking equipment design and has participated on various standards committees.  John holds a Bachelor of Mechanical Engineering from the University of Minnesota, an MBA from the University of Saint Thomas, and a MS in Management Science and Engineering from Stanford University.
See all posts by this author