Getting Wired for Wireless: Switches and Robust Wi-Fi Deployments 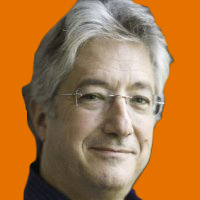 In this series, we’ll focus on “getting wired for wireless,” or why switches are a critical part of a robust Wi-Fi deployment. More specifically, we’ll describe how the switch underlay helps deliver fast and reliable Wi-Fi, what customers should consider when selecting switches, and what features are important for Wi-Fi.

Customers routinely tell us what an important role their wired network is playing in supporting a fast and reliable Wi-Fi deployment. As an example, let’s take a quick look at Huntington Beach Union High School District in Southern California which encompasses six high schools, one day school, and two adult schools. After purchasing a new wireless network, the District began experiencing all sorts of performance and connectivity problems. These included oversubscription, packet loss, as well as a wide range of speed, connectivity, and latency issues.

This was because their old Cisco network backbone simply couldn't keep up with all the new wireless users. The solution? Ruckus ICX 7750 switches for aggregation and the network core, as well as Ruckus ICX access switches. In fact, the Huntington Beach Union High School replaced all its legacy chassis with ICX 7750 stackable switches. The latter switch takes up less space, offers lower power consumption, and is less expensive to support than the Cisco 6509 chassis.

Each school in the district now has a Ruckus ICX switch for aggregation, and multiple Ruckus switches with Power over Ethernet (PoE) at the network edge. The edge switches deliver 1 Gigabit Ethernet (GbE) throughput to clients, while the aggregation layer supports 10 GbE capacity to the network core. The new deployment effectively created an advanced wired network infrastructure for Huntington Beach Union High School District that reliably supports the performance demands of VoIP, as well as an ever-expanding wireless network for an increasing number of users and devices.

In many cases, customers choose to refresh wired network infrastructure when upgrading wireless access points (APs). This is because it is important to make sure the underlying switch network can support a new wireless deployment. Specific considerations include performance, Power over Ethernet (PoE) requirements, resiliency, network management, and future-proofing. In this series, we'll examine each of the above-mentioned topics in-depth. 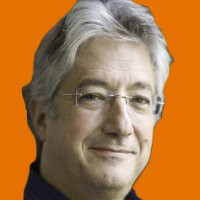