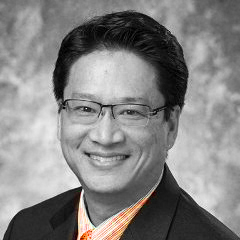 Dennis Huang October 23, 2018
IDC sees Wi-Fi 6 (802.11ax) deployment ramping significantly in 2019 and becoming the dominant enterprise Wi-Fi standard by 2021. This is because many organizations still find themselves limited by the previous Wi-Fi 5 (802.11ac) standard. This is particularly the case in high-density venues such as stadiums, convention centers, transportation hubs, and auditoriums. With an expected four-fold capacity increase over its Wi-Fi 5 (802.11ac) predecessor, Wi-Fi 6 (802.11ax) is successfully transitioning Wi-Fi from a ‘best-effort’ endeavor to a deterministic wireless technology that is fast becoming the de-facto medium for internet connectivity. 10 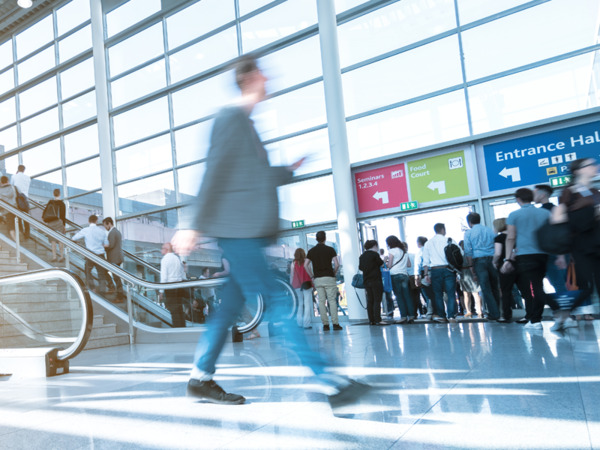 Wi-Fi 6 (802.11ax) access points (APs) deployed in dense device environments such as those mentioned above support higher service-level agreements (SLAs) to more concurrently connected users and devices – with more diverse usage profiles. This is made possible by a range of technologies that optimize spectral efficiency, increase throughput and reduce power consumption. These include 1024- Quadrature Amplitude Modulation (QAM), Target Wake Time (TWT), Orthogonal Frequency-Division Multiple Access (OFDMA), BSS Coloring and MU-MIMO,. In this article, we’ll be taking a closer look at 1024-QAM and how Wi-Fi 6 (802.11ax) wireless access points can utilize this mechanism to significantly increase throughput.

Quadrature amplitude modulation (QAM) is a highly developed modulation scheme used in the communication industry in which data is transmitted over radio frequencies. For wireless communications, QAM is a signal in which two carriers (two sinusoidal waves) shifted in phase by 90 degrees (a quarter out of phase) are modulated and the resultant output consists of both amplitude and phase variations. These variations form the basis for the transmitted binary bits, atoms of the digital world, that results in the information we see on our devices. [caption id="attachment_2640" align="aligncenter" width="434"] 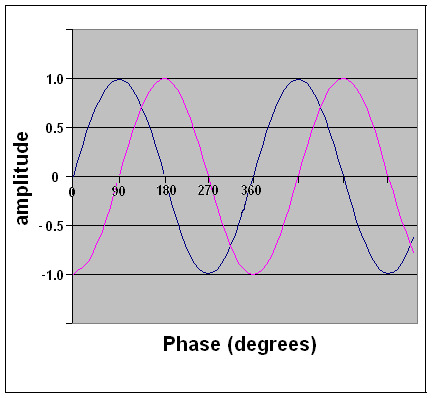 Two sinusoidal waves shifted by 90 degrees[/caption] By varying these sinusoidal waves through phase and amplitude, radio engineers can construct signals that transmit an ever-higher number of bits per hertz (information per signal). Systems designed to maximize spectral efficiency care a great deal about bits/hertz efficiency and thus are always employing techniques to construct ever denser QAM constellations to increase data rates. Put simply, higher QAM levels increase throughput capabilities in wireless devices. By varying the amplitude of the signal as well as the phase, Wi-Fi radios are able to construct the following constellation diagram that shows the values associated with the different states for a 16 QAM signal. [caption id="attachment_2638" align="aligncenter" width="290"] 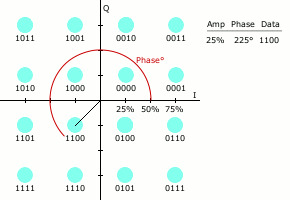 16-QAM constellation example[/caption] While the older Wi-Fi 5 (802.11ac) standard is limited to 256-QAM, the new Wi-Fi 6 (802.11ax) standard incorporates an extremely high optional modulation scheme (1024-QAM), with each symbol (a point on the constellation diagram) encoding a larger number of data bits when using a dense constellation. In real-world terms, 1024-QAM enables a 25% data rate increase (throughput) in Wi-Fi 6 (802.11ax) access points and devices. With over 30 billion connected “things” expected by 2020, higher wireless throughput facilitated by 1024-QAM is critical to ensuring quality-of-service (QoS) in high-density locations such as stadiums, convention centers, transportation hubs, and auditoriums. Indeed, applications such as 4K video streaming (which is becoming the norm) are expected to drive internet traffic to 278,108 petabytes per month by 2021.

Ensuring fast and reliable Wi-Fi coverage in high-density deployment scenarios with older Wi-Fi 5 (802.11ac) APs is increasingly difficult as streaming 4K video and AR/VR content becomes the norm. This is precisely why the new Wi-Fi 6 (802.11ax) standard offers up to a four-fold capacity increase over its Wi-Fi 5 (802.11ac) predecessor. With Wi-Fi 6 (802.11ax), multiple APs deployed in dense device environments can collectively deliver required quality-of-service to more clients with more diverse usage profiles. This is made possible by a range of technologies – such as 1024-QAM – which enables a 25% data rate increase (throughput) in Wi-Fi 6 (802.11ax) access points and devices. From our perspective, Wi-Fi 6 (802.11ax) is playing a critical role in helping Wi-Fi evolve into a collision-free, deterministic wireless technology that dramatically increases aggregate network throughput to address high-density venues and beyond. Last, but certainly not least, Wi-Fi 6 (802.11ax) access points are also expected to help extend the Wi-Fi deployment cycle by providing tangible benefits for legacy wireless devices. Interested in learning more about 802.11ax? Read the related articles below: 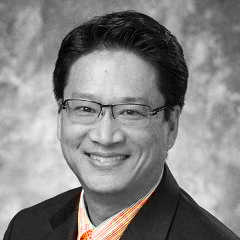 Director of Wireless Product Marketing. A favorite business books continues to be "The Innovator's Dilemma" by Clayton Christensen. And a favorite quote is, "There are no limitations to the mind except those that we acknowledge." - Napoleon Hill