1 AP per classroom - part 4: the whys and wherefores of the rest of the checklist

If you skipped part 3, The answer is not 42. It’s Channel Planning, well, don’t. Go back and read it, as 80% or more of the answers are there. Nevertheless, there are a couple more things one can do to tune a lot of APs in a small space for the best overall performance.

Lower the power, especially on R730s

Possibly the most controversial suggestion from a Ruckus Networks point of view, but the R730 is very powerful device. As a company, we have traditionally pushed maximizing what you can get out of a single AP, but our entire exercise here follows from the idea that we have more APs than we need.

In this case, we really want to cover only one classroom, and we don’t want signal leaking out much past that room and its immediate surroundings – there are other APs there. In a first after over nine years at Ruckus, I’m recommending turning the power down on an AP. In this specific scenario, where an R730 will be in such close proximity to neighboring R730s. The clients in the same room will be at point blank range with minimal obstructions and no walls. Here, we are much more concerned with reducing self-interference of the network as a whole.

For other AP models, rely on a site survey to see whether or not you have already gotten enough RF separation from the 20 MHz channel setting before doing this. More on that below.

By now, this should be a standard recommendation anyway.  The BSS minrate is the minimum speed at which a device is allowed to connect to a WLAN. The default is 2 Mbps on a Ruckus network, and 1 Mbps from most vendors. Those numbers were set several Wi-Fi generations ago, and are unreasonably slow in WLANs with maximum speeds well over the 11 Mbps.

Raising this will go a long way toward eliminating ‘sticky client’ problems that some clients suffer from. We don’t want clients staying connected to the AP from the last class, operating at a low speed and slowing everyone else down. We want them to smoothly move on to the new AP, and a BSS minrate of 12 Mbps or even 24 Mbps will clean up a lot of hard-to-trouble-shoot transient problems.

Site survey to tune instead of place APs

Just because the APs placement was fixed before surveying, does not mean a Wi-Fi survey is not still extremely important. We can never truly get away from site surveys and testing Wi-Fi networks. There are just too many variables in an ‘unbounded’ medium.

Don’t let that intimidate you, however. You don’t need 16 hours of college course work in conducting RF surveys. Reasonably priced, and even free tools are available, such as inSSIDer or Wi-Fi Explorer. Or let an expert tackle it, by contacting your friendly neighborhood Ruckus Networks reseller.

What to look for in a survey? Do the APs deployed cover the area they are meant to cover – very likely because in this case, we are considering over-deployed. Are their areas that are effectively covered by two APs on the same channel? That is what this entire checklist is about avoiding. 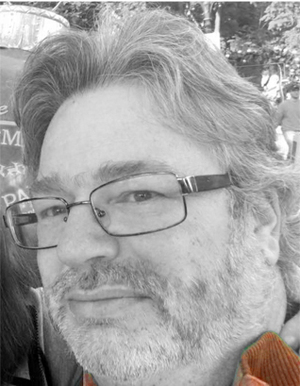