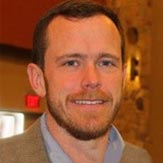 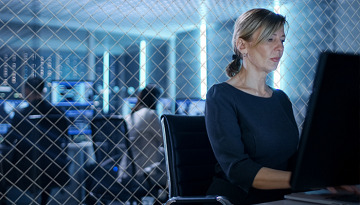 What is it with engineers and acronyms? Pick up any data center publication, log onto any website and you won’t make it five minutes without coming across an acronym. We’ve got acronyms for everything and, once we find one we like, we tend to continue expanding on it until the acronym’s formula takes on a life of its own.

For example: when service providers first started deploying last-mile fiber, we used the term FTTH—unless it was for business use; then, it was FTTP (fiber-to-the-premise). Of course, running your fiber to the street node was completely different, so we called it FTTN or FTTC (fiber-to-the-curb). This was not to be confused with fiber that extended to our base station antennas—FTTA. Before too long, enterprise networks got into the act with FTTD (fiber-to-the-desk) and FTTH (the hub). Somewhere along the line, the industry threw up their collective arms and said, “Aw, the heck with it…FTTX!”

More recently, the industry has spawned a whole new group of as-a-service acronyms: IaaS, SaaS, PaaS and, finally, XaaS. You get the idea. Well, it’s happening again; this time, we’re obsessing over all things “smart.”

At first, there were just smartphones. Then came smart watches, smart homes, smart grids, smart switches and smart cities. At some point, the term “smart” became diluted as marketers started applying it to more and more solutions. It’s time to stop and ask: What do we really mean by “smart”?

According to the website Netlingo, “smart” (when used to describe technology) may refer to the acronym “self-monitoring, analysis and reporting technology.” Over time, it became widely known as “smart” because of the notion of allowing previously inanimate objects—from cars to basketballs to clothes—to talk back to us and even guide our behavior.

Hidden in that definition is the need for connectivity and the ability to inform the user in order to guide decisions. If these are the criteria for being smart, then we must ask ourselves, “What isn’t smart these days?”

Not surprisingly, we at CommScope spend a lot of time thinking about and debating this question. Using the example of a “smart building,” I’d like to add another facet to the definition of “smart”: usable potential realized.

An underlying goal of technology is efficiency, making the best use of available resources to realize the greatest value. As examples, consider building automation and control or intelligent lighting—two similar but different platforms that enable building managers to improve outcomes while reducing operational requirements. If you look at the systems we associate with most smart buildings, the concept of efficiency (in its various forms) is the common denominator.

The difference is the infrastructure

Even more important is the fact that these systems do not define the smart building; otherwise, every smart building would feature the same capabilities. Rather, they are merely representative of what makes the building smart: the supporting infrastructure.

In this revised definition of “smart,” the core requirement is an infrastructure that enables the building owner or manager to leverage the maximum potential of every system connected to it. This brings us back to the concept of efficiency and how much potential is being wasted. Implied in this is the notion that “smart” isn’t a binary state. It’s a spectrum. So, instead of asking if a building is smart, we must ask: how smart?

For an example of what’s possible, take a look at this brief video showing CommScope’s approach to enabling smarter buildings—now and in the future. 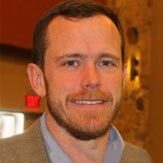 Jason Reasor is the director of Strategy and Technology for Enterprise Systems at CommScope. In this role, he is responsible for the strategic direction of Enterprise Solutions, including definition and development of the building, campus and enterprise data center networks as well as emerging and adjacent technologies. Previously, Jason was the director of Product Line Management for enterprise copper solutions. He has also held various other solution management roles, including strategic healthcare solutions. Prior to joining CommScope, Jason spent 12 years with Hewlett-Packard and Tango Networks in various product management, sales engineering, R&D management and R&D development positions. He holds a B.S. in Computer Engineering from Texas A&M University and an MBA from the University of Texas at Dallas.
See all posts by this author